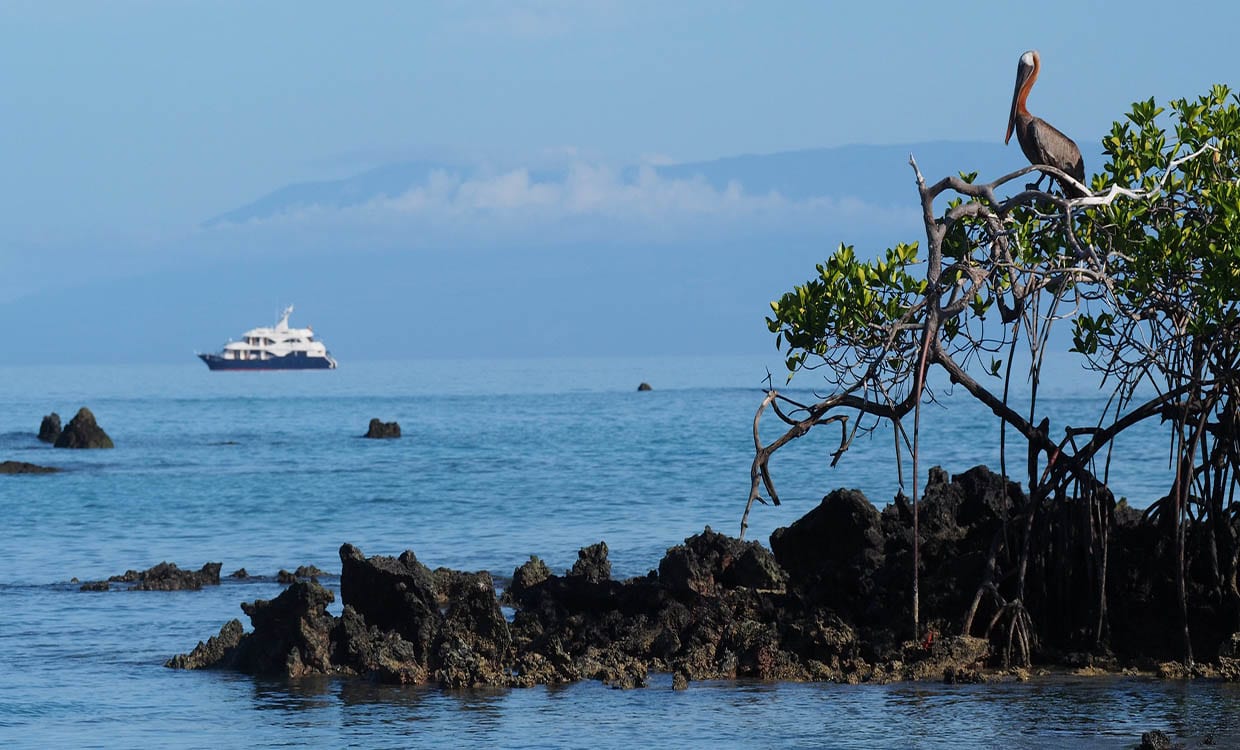 Elizabeth Bay is a marine Galapagos visitor site which is located on Isabela Island. Elizabeth Bay Galapagos is a site that is found on the east coast of the island. It is comprised of the bay itself, as well as various islets. The site is interesting to look at, as its shore mangrove vegetation gives way to lava fields behind it. All of this provides a home for a wide variety of wildlife. Here we will explain what you can do at Elizabeth Bay and how to visit this site. We will also cover the best time to go, the wildlife that can be experienced here, and our own Insider recommendations for visiting Elizabeth Bay.

Things to Do in Elizabeth Bay

Most visits to Elizabeth Bay involve a dinghy ride around this Galapagos visitor site. This is because this is a marine site. There is no landing at Elizabeth Bay, either wet or dry, as it is not allowed to land here. Your panga ride will likely take you around some of the small islets that can be found here, as well as in towards the mangrove. This will allow you to spot a variety of different wildlife that can be seen at this visitor site.

Another activity that some cruise operators provide is kayaking. This is a fascinating spot for kayaking as you can see the wildlife very close up.

It is also possible to snorkel at Elizabeth Bay. 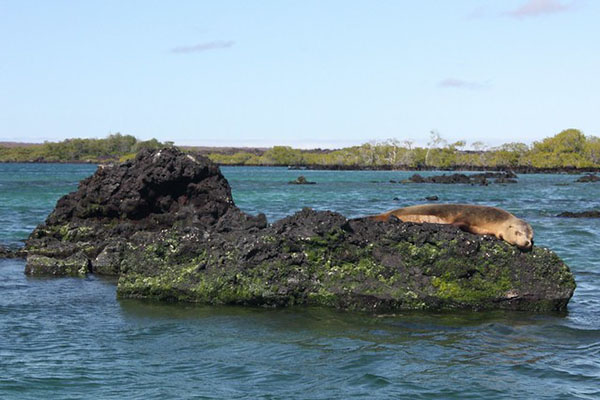 How to visit Elizabeth Bay

Elizabeth Bay can only be visited by taking a Galapagos Islands cruise. There are no day trips to Elizabeth Bay, so it is not possible to visit this Galapagos visitor site on a land-based Galapagos trip.

There is not much difference in visits to Elizabeth Bay during different months of the year. The wildlife is much the same year-around. However, it is worth noting that in the warmer, wetter season (December to May), there may be slightly less wildlife. This is because in the drier, cooler season (June to November), the Humboldt Current brings extra nutrition to the waters around the Galapagos Islands, which naturally increases the volume of wildlife in the water. However, this does not necessarily make this the best time to go to Elizabeth Bay, as there is a chance that the seas will be rougher during these months, and particularly during August and September. That said, the layout of the bay does offer some protection from this. It is worth bearing in mind that the sea is cooler during the cooler drier season, which can make snorkeling a chilly experience. Given that there is not much difference in what you will see, you might perhaps make your decision about when to go based on whether you like warmer, wetter weather or cooler, drier weather.

At Elizabeth Bay you may get to see marine iguanas, as well as sea lions. Galapagos penguins can also sometimes be viewed here. Other birds that you might see in the vicinity of Elizabeth Bay include the blue footed booby, as well as brown pelicans. Herons can also be seen here, as can flightless cormorants.

Elizabeth Bay is home to a fascinating array of underwater life as well. On a visit to Elizabeth Bay you have a good chance of seeing green turtles, white tip sharks, golden rays and eagle rays.

If you visit between the months of June to September, there is also a small chance that you might get to see a humpback whale. 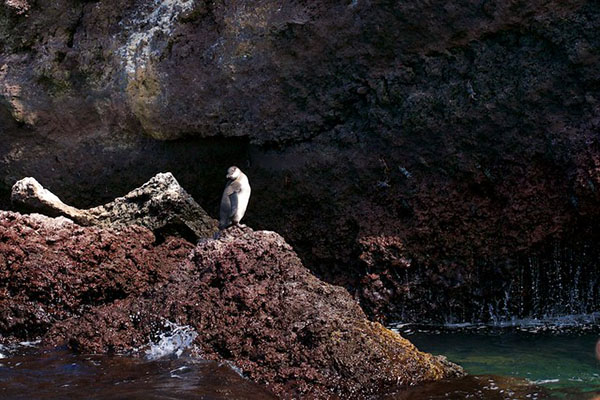 Insider Recommendations for your time at Elizabeth Bay

One of our Insider recommendations for your time at Elizabeth Bay is to take a waterproof camera with you. This way you’ll be happy to take it out on the dinghy ride and capture photographs of all of the fascinating wildlife to be seen here.

Another important Insider recommendation is that if you want to go to Elizabeth Bay, you will need to make sure that this island is included on your Galapagos Islands cruise itinerary. The site is at Isabela Island. Only cruises that go to the western islands will offer Elizabeth Bay on their itineraries, as Isabela Island is one of the western islands. However, even cruises going to this area will not necessarily offer Elizabeth Bay. It is worth double checking if you have your heart set on visiting this marine site. At Ecuador and Galapagos Insiders we can help you with this, as we are experts in Galapagos Islands cruises.

Why not get in touch with us today to book your Galapagos Islands cruise that includes a visit to Elizabeth Bay in the itinerary? We’ll be delighted to help you organize a cruise that meets your needs.