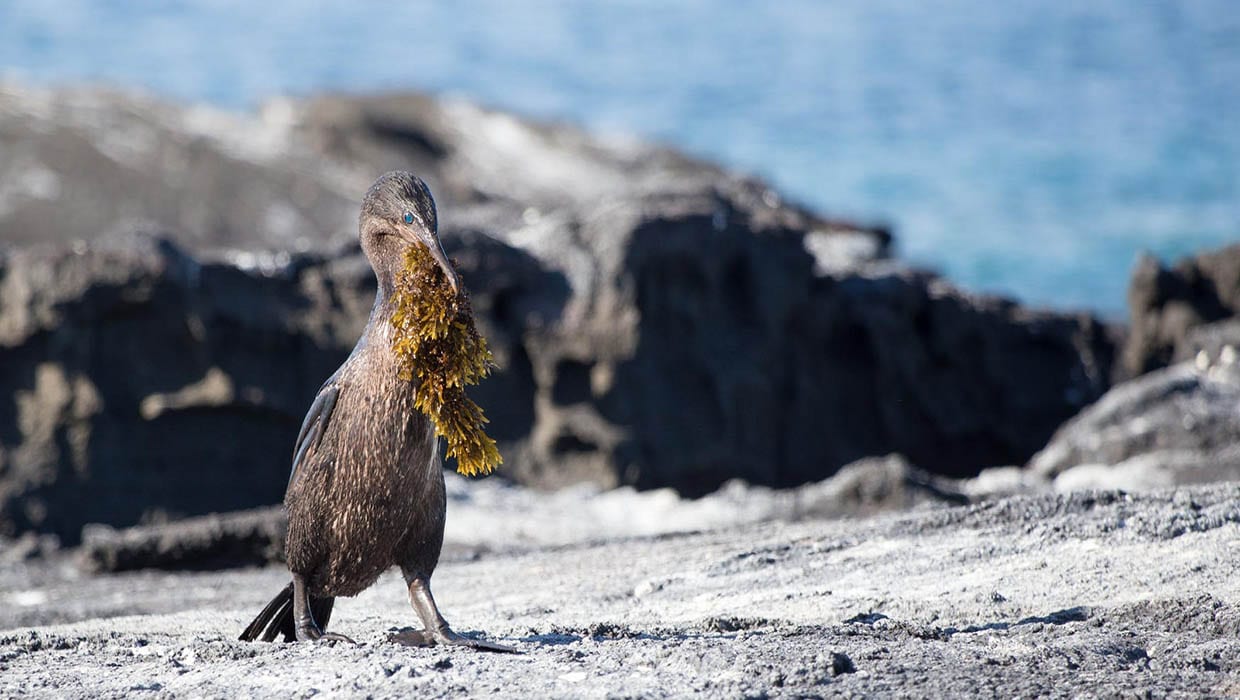 In 2017 an interesting study was published which attempted to explain why the Galapagos cormorant cannot fly. It was demonstrated that the bird has a number of genetic anomalies which are in common with people that have rare skeletal problems. In humans that have these issues, skulls are misshapen, ribcages are small, and limbs are typically short. This allowed the researchers to see a link with Galapagos cormorants, which have a very small sternum and short wings. These scientists therefore suggested that a gene mutation was responsible for leaving the Galapagos cormorant flightless. Other studies suggest that because the bird had so few land predators it did not need to fly. It is also proposed as part of this theory that those that were good swimmers were better at passing on their genes.

At first glance, the cormorant in the Galapagos Islands looks a bit like a duck. The main way in which this creature differs from a duck, however, is the fact that it has short wings that appear rather stubby. Of note, if the bird was to get off the ground and into flight, it would need wings that were two thirds larger than the ones that they have. The wings of the flightless cormorant, like others in the cormorant family, are not waterproof. This means that having been in the water, the Galapagos cormorant has to spend some time drying out its wings in the sunshine. While the wings might initially appear to be of little use, the bird utilizes them for balancing when hopping between rocks on the shoreline.

The Galapagos cormorant is black and brown. The upper parts tend to be black in color, with the underparts brown. The bird has four toes on its feet, and these are linked together by webbed skin. This is similar to other birds within the cormorant family.

While male and female birds do look very similar, it is often possible to tell them apart on the basis of size. The male is typically 35% larger than the female bird. The young are also very similar looking to the adults. These can be told apart by the fact that they have darker eyes and they are a glossier black color. 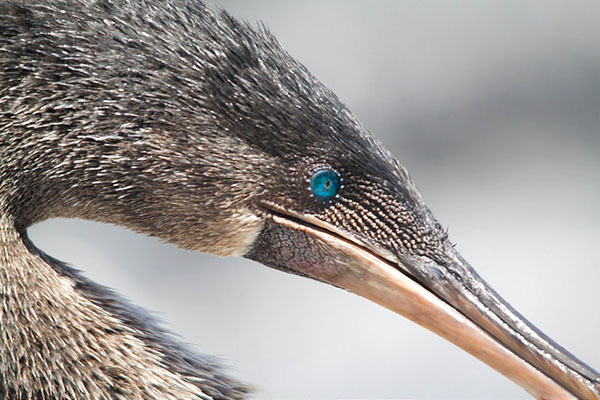 Flightless cormorants in the Galapagos Islands eat eels and octopus. They find these by diving onto the floor of the ocean. They are great swimmers and tuck their wings in while they are underwater. This allows them to use the power from their legs to kick them towards their prey, while they spear them from above. When they are in the water you will often only see their necks exposed from above the surface.

Flightless cormorants have a strange way of attracting a mate. Their courtship dance is quite unique, and if you are very lucky you may get to see this during your trip. The dance involves some intertwining of necks and spinning in a small circle.

Once a pair mates, then it will build a nest not too far from the sea. It uses seaweed, flotsam and jetsam to do this. It lays its eggs between May and October. The reason for this is that there is a lot of food at this time of year because the months are the coldest. This gives the chicks the best chance of survival. The birds incubate their young for just over a month (35 days) and once they hatch, both parents take it in turns to feed them. After some time, the male bears responsibility for the feeding, and the female will go off to breed with another male. This can occur as many as three times in a season. 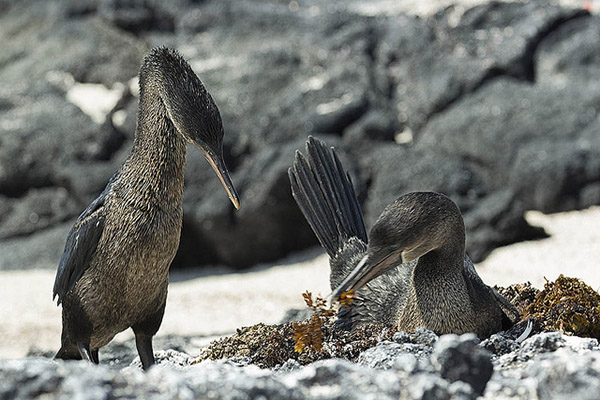 Flightless Cormorant Where to See Them

The good news is that because the flightless cormorant cannot fly, it can be seen all year around in the Galapagos Islands. This bird is found on Isabela Island and on Fernandina Island too. It resides along the shoreline and on the beaches of these islands. On Fernandina it is found along the east coast, and on Isabela it is often spotted on the north west coast.

If you hope to see a flightless cormorant on your trip to the Galapagos Islands, you should select a cruise that includes the Western Islands on its itinerary, as the birds cannot be seen elsewhere in the archipelago. At Ecuador and Galapagos Insiders we can help you find the right cruise for you, which includes these islands. 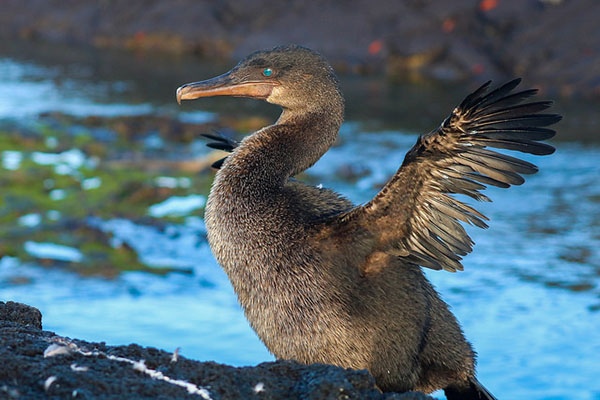