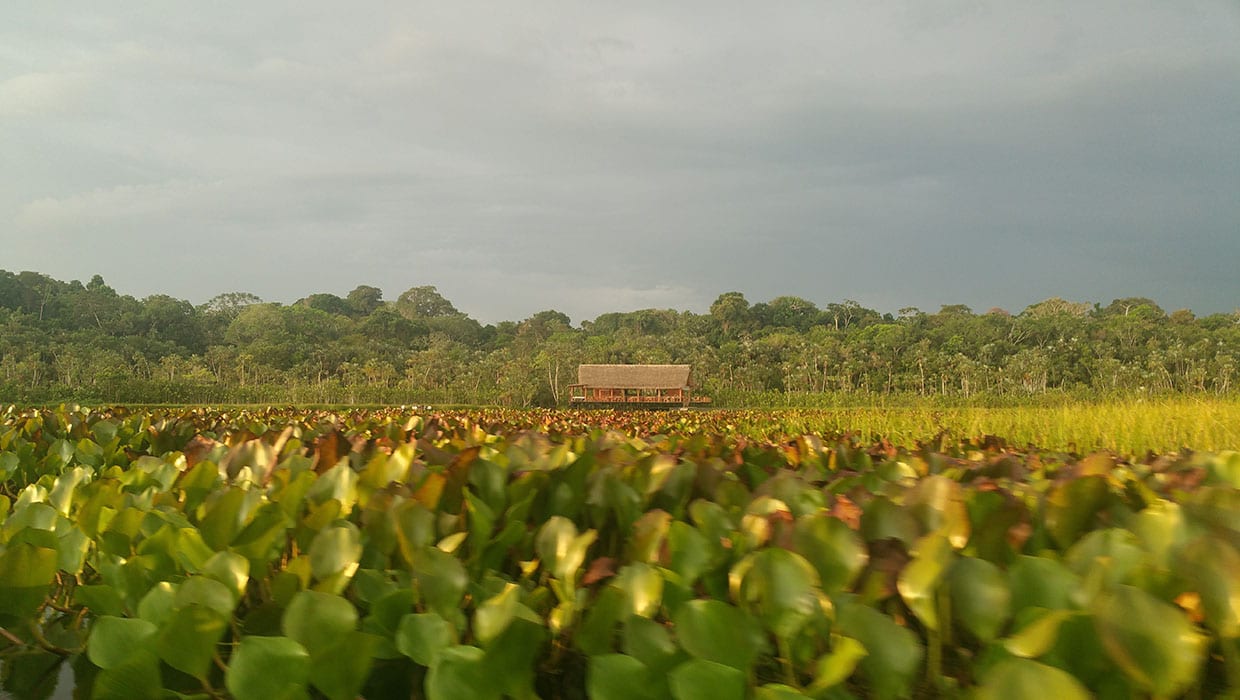 The weather in the Ecuador Amazon Basin doesn’t stick to a reliable set of standards. The Amazon is one of the most biodiverse places on the planet-largely due to the climate.

Weather conditions vary on any given day, month, and year. There is an average temperature and percentage of rainfall, but outside of these margins, the sky is the limit.

Sunshine and rain showers during the day and slightly chilly temperatures at night are a rule of thumb to go by on Amazon rainforest tours.

Rain is the consistent factor in the jungle. While there is a wet and a dry season during the year at the Amazon rainforest lodges, it has to do with the percentage of rain-not the lack of it. Bear in mind that when it rains in the jungle, it typically does so for just part of the day.

December and January are the driest months-with January and February being a shoulder season that leads to the months with the heaviest rainfall.

March, April, May, and June see the most precipitation in the Ecuador Amazon Basin. These months coincide with the wet season in the rest of the country. Rainfall in the Andes spills over into the Ecuador Amazon Basin-raising water levels of the Napo River and its tributaries and continuing down into Peru until the overflow reaches the Amazon River.

On average, there are 200 days with rain showers in the jungle, making a good rain jacket a must!  Amazon rainforest tours in this climate are adventures that find you traveling by canoe on high rivers that make more of the jungle accessible. The flora and fauna are vibrant year round-fed by the rainfall that allows the canopy and the creatures beneath its umbrella to flourish. 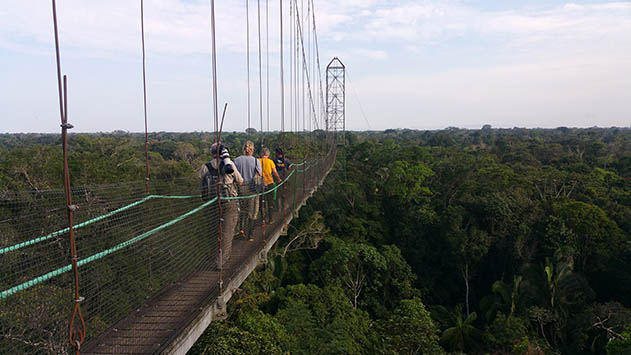 July through December see a decline in the amount of rain that falls each month. The average temperature in the jungle remains around 25°C (77°F) year-round, but during the dry season, daytime temperatures can reach 40°C (104°F).

It is during this time that waters recede-and bring animals that normally shy away from well-traveled areas out of hiding and to the water’s edge-including nesting birds on the beaches.

Cayman, or the Amazon crocodiles, are found throughout the year in the jungle. Amazon rainforest lodges take guests for night canoe trips to spot the nocturnal beasts. During the drier months when the waters recede, the fish of the region lay their eggs- attracting cayman in greater numbers.

This time is also when the breeding season of a large percentage of the animals of the Ecuador Amazon Basin occurs-bringing new opportunities for sightings pairs of birds in flight. As with the weather, this is a general rule of thumb-as one species, the hoatzin-waits until the rain comes to mate. 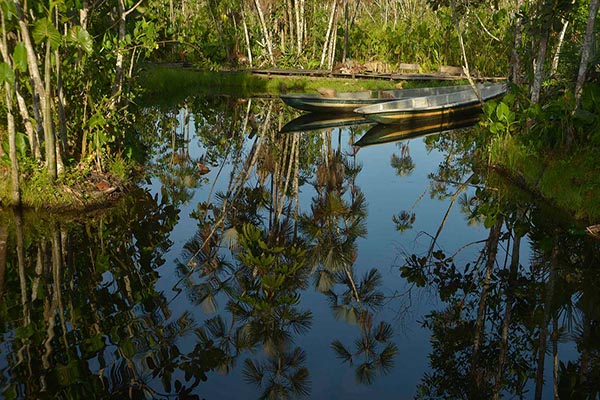 The commonly used phrase that “there is no bad time to visit the Ecuador River Basin to see wildlife,” as opposed the Seasons in the Galapagos Islands when each month finds different animals in residence, mating, and flourishing is the truth of the matter. Wildlife is everywhere you look, and the sounds of the jungle’s creatures echo over the treetops from the distance.

The conditions can be hot, humid, sunny, and chilly.  Amazon rainforest lodges like Napo Wildlife Center,  Kapawi Ecolodge, and Napo Cultural Center among others offer comfortable accommodation that shields you from the elements while giving you the benefits of their experience to see the wildlife of the Ecuador Amazon Basin up close.

For more information about planning Amazon rainforest tours, and adventures to the Galapagos Islands and mainland Ecuador, contact a member of our team for options according to your schedule and budget.

Month by Month Temps in Celsius 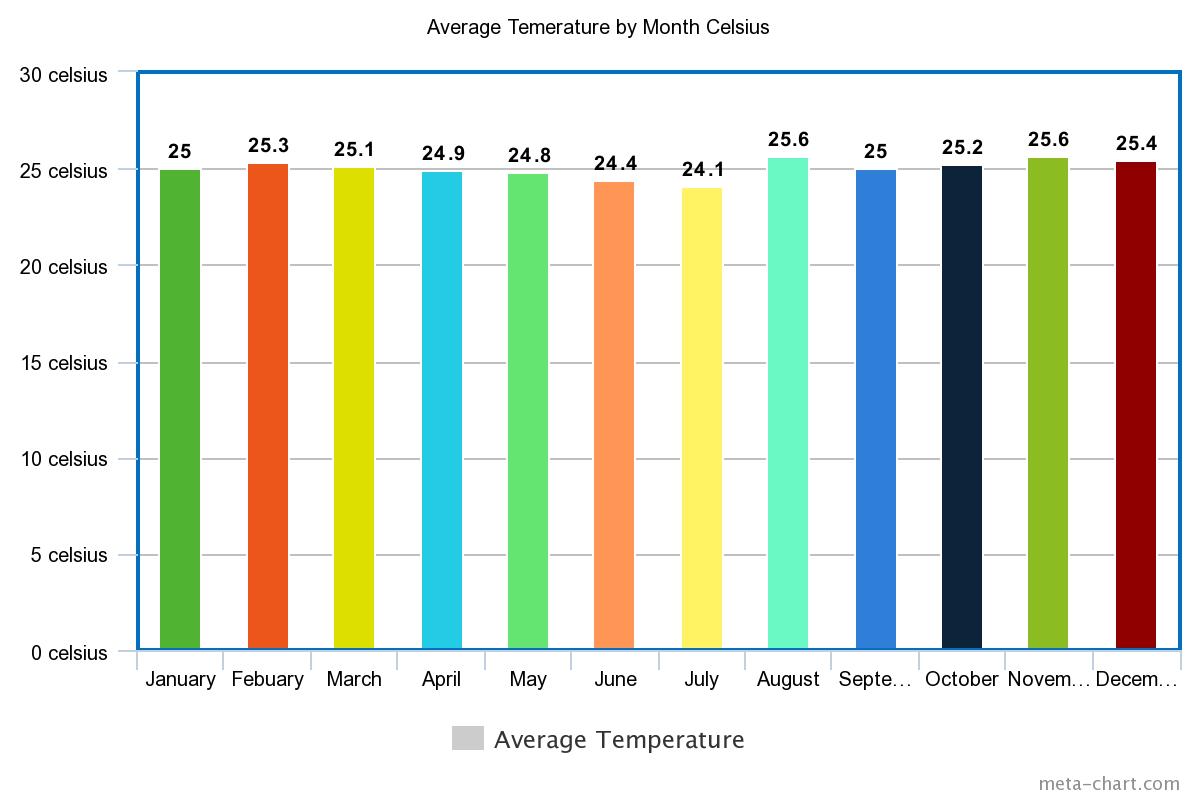 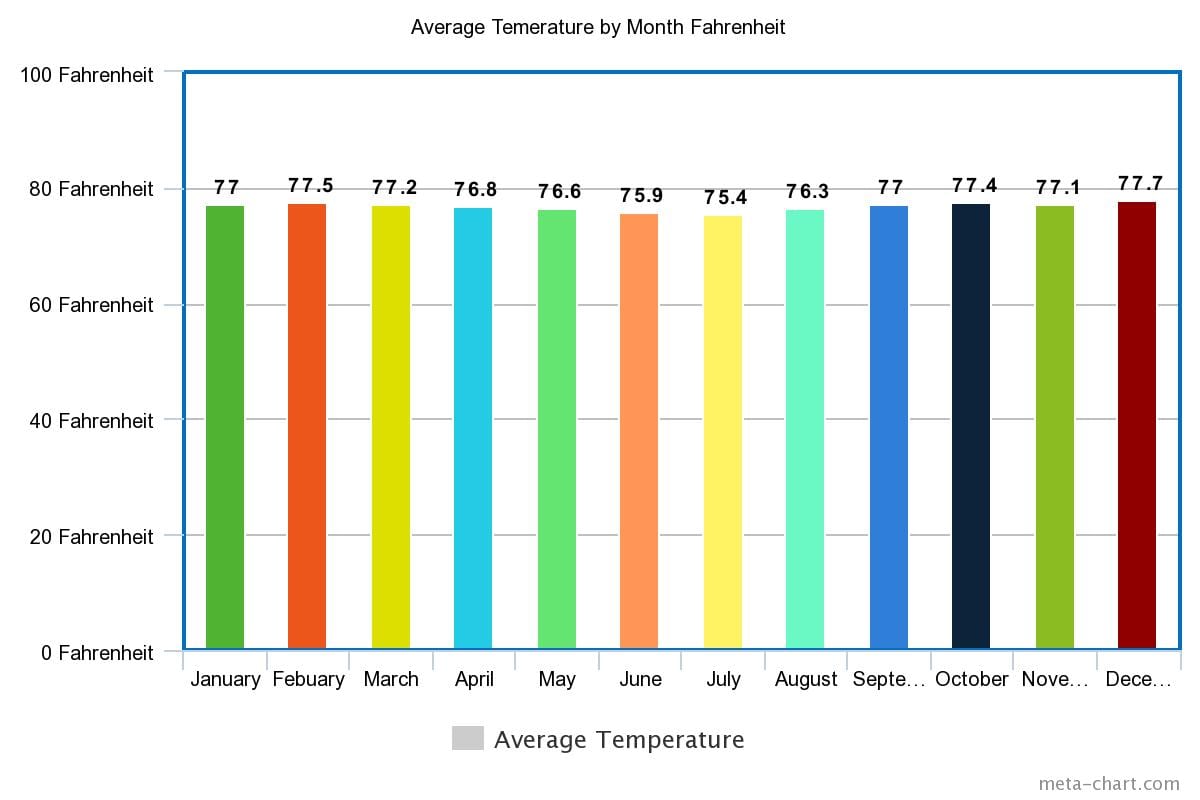 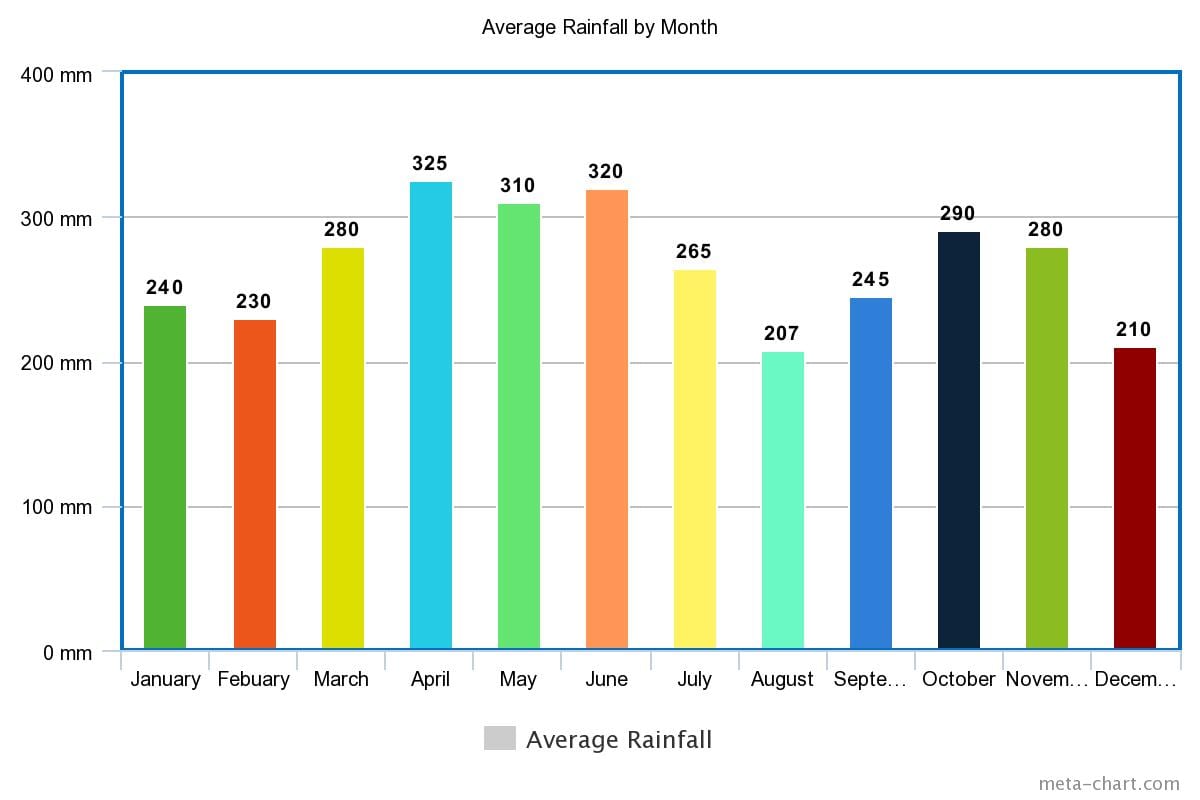