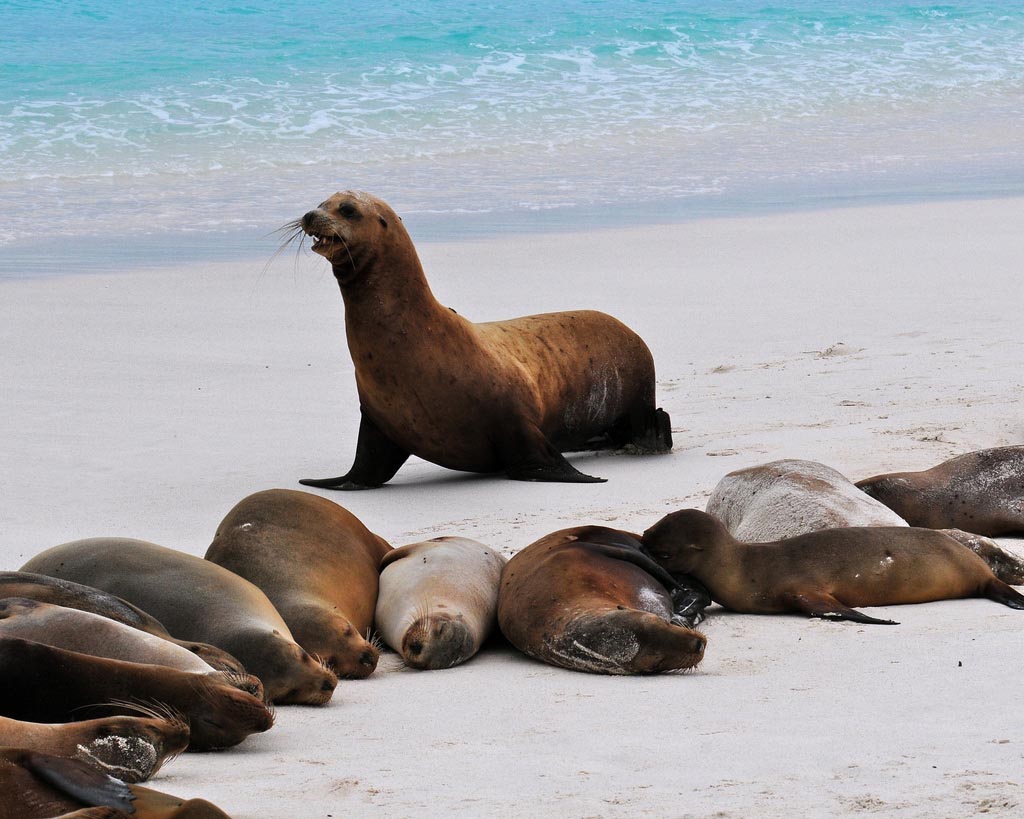 The town of Puerto Villamil on Isabela Island has been transformed from a sleepy fishing village into a travel destination surrounded by amazing wildlife and scenery.

The town of Puerto Villamil on Isabela Island has transformed from a small fishing village into a tranquil tourist town that hosts many staple Galapagos activities and is home to a number of excellent hotels and lodges. In the western part of the archipelago, Isabela is the largest of the Galapagos Islands, and Puerto Villamil serves as its primary hub of activities. However, even though it has developed considerably in the last two decades, it still manages to maintain its small-town atmosphere, with a resident population just over 2,000 people.

How to get there

Since many of the visitor sites on Isabela Island can only be reached by cruise, many visitors to Puerto Villamil spend just a few hours here as part of their cruise itinerary.

If you are on an island-hopping (land-based) tour, then the most common way to get from one island to the next is by speedboat - during the day, it’s usually pretty easy to find a speedboat operator departing on hourly. It takes a couple hours to get from Puerto Ayora on Santa Cruz to Puerto Villamil via speedboat, but this can be an exciting way to witness the open sea and the marine life of the archipelago. In fact, this is the region of the Galapagos Islands which humpback whales pass in their June migration.

The final option is to charter a flight from either Santa Cruz or San Cristobal and fly into the nearby Emetebe airport. This small airport only receives flights from these two islands, but you can also book a scenic aerial tour of the Galapagos here as well. Flights are a much more expensive option.


What to do from Puerto Villamil

A stay in Puerto Villamil won’t disappoint, whether you’re hoping for an idyllic and relaxing beach getaway or a more active itinerary. Just steps from the waterfront, it’s an ideal spot for swimming, surfing, or basking in the sun. There are even a few luxury lodges that have private beachfront property.

While you’re here, you can also visit:

Isabela is home to other popular visitor sites as well that aren’t as easily accessible from Puerto Villamil, but definitely just as worth it if you are able: