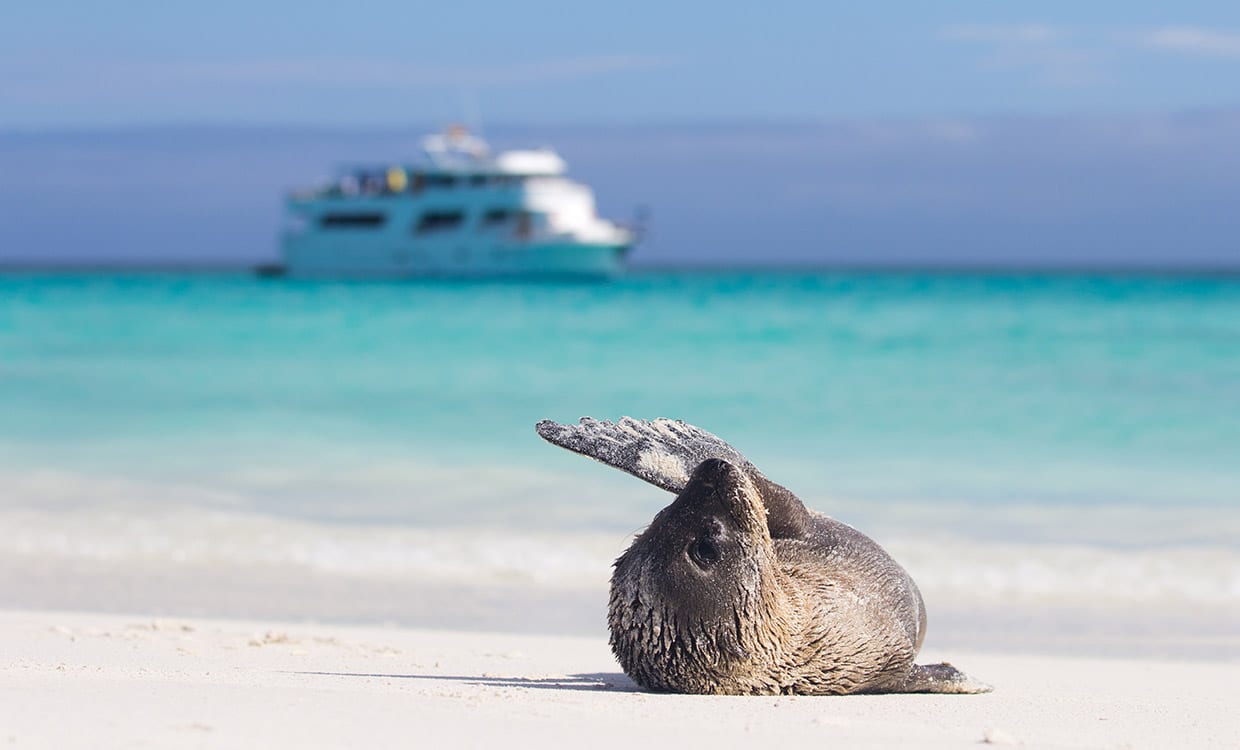 Suarez Point on Espanola Island is often one of visitors’ favorite sites to visit on the Galapagos Islands, and with good reason. There is a fabulous variety of wildlife here, and the scenery is stunning. Española Island is also home to most of the world’s waved albatross individuals, making this a very special visit if you go in the right season.

Suarez Point Española is located to the western side of the island, and the island itself is among the central islands of the Galapagos archipelago. Here we will consider things you can see and do at Suarez Point, how to get there, when to go, and our own Insider tips for your visit.

Things to Do in Suarez Point Visitor Site

The main thing to do at the Suarez Point visitor site is to walk along the trail, observing the diversity of wildlife along the way. The walk here takes approximately two hours, and the trail is approximately two miles (four kilometers) long. The trail is considered one of the more challenging in the Galapagos Islands, partly due to the fact that it is one of the longer ones, but also because it can be tricky to navigate,
given the rocks, and the nests that you may find along the route. Persisting with it is very worthwhile however, because when you reach the end of the trail you can enjoy watching the blowhole for a while as it spurts water 75 feet (25 meters) into the air.

During your trip here, one of the activities at Suarez Point that you won’t want to miss is photographing the wildlife. Many creatures are found along or close to the trail, so this visitor site provides superb photographic opportunities.

At Suarez Point you can expect a dry landing. However, at times the rocks may be a bit on the slippery side, so be careful. 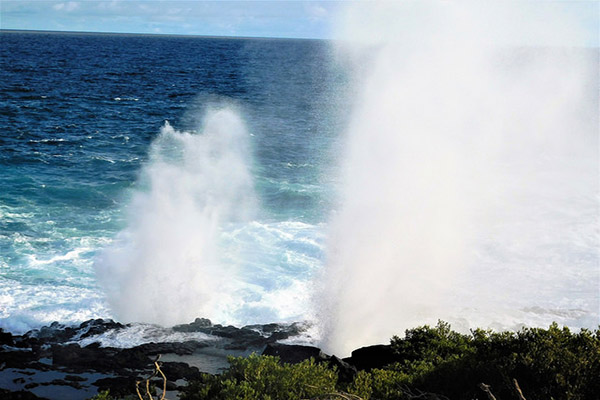 Probably the easiest way to visit Suarez Point Espanola is on a Galapagos Islands cruise. However, if this is your plan, you will need to make sure that this visitor site is definitely on your itinerary, as it is not included in every trip.

Suarez Point can also be visited by some of those who are on a land-based Galapagos option. Day trips can be taken to Española Island from San Cristobal Island. Most trips start early, and you can expect to be away for the whole day. It is not possible to take a day trip to Suarez Point from Santa Cruz Island, as it is just too far away.

Most people will tell you that the best time of year to go to Suarez Point is during the months that the waved albatross is present on Española Island, and we would wholeheartedly agree. The best chance of seeing this majestic bird at Suarez Point is between April and December. You might be lucky and see it slightly earlier than April, or slightly later than December – but don’t count on it.

Suarez Point is teeming with birdlife. As well as the remarkable waved albatross, there are large colonies of blue footed boobies residing here. Nazca boobies can also be found alongside the trail, and sometimes even nesting on the trail at this visitor site! Sometimes, a Galapagos hawk can be spotted here, and even more occasionally, a red-billed tropi bird.

Birds aside, there is also plenty of other wildlife here at Suarez Point. Sally Lightfoot crabs may well greet you at the dock. The brightly colored marine iguana can be found here, and you are also likely to come across lava lizards and sea lions. Keep your eyes peeled and you might just see a Galapagos snake slithering off in the distance. 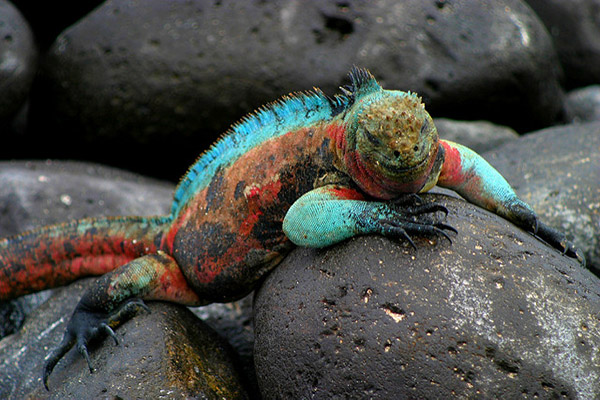 Insider Recommendations for your tour in Suarez Point

Importantly, if you want to make sure you visit Suarez Point and you are on a Galapagos Islands cruise, you will need to make sure your cruise will include this Galapagos visitor site in its itinerary. Not all cruises visit Española Island, so it is definitely worth double checking before you book, to be sure not to miss out, some of the highly recommended cruises that do include a visit to Suarez Point are the Grand Majestic, and the luxurious Infinity Galapagos boat. Also, be sure to wear a pair of shoes with a good grip on this island, as the rocks can be a bit slippery at times.

At Ecuador and Galapagos Insiders we can help with advice on booking a Galapagos Islands cruise to make sure that Suarez Point will be included during your trip. Contact us to find out more and make your booking today.