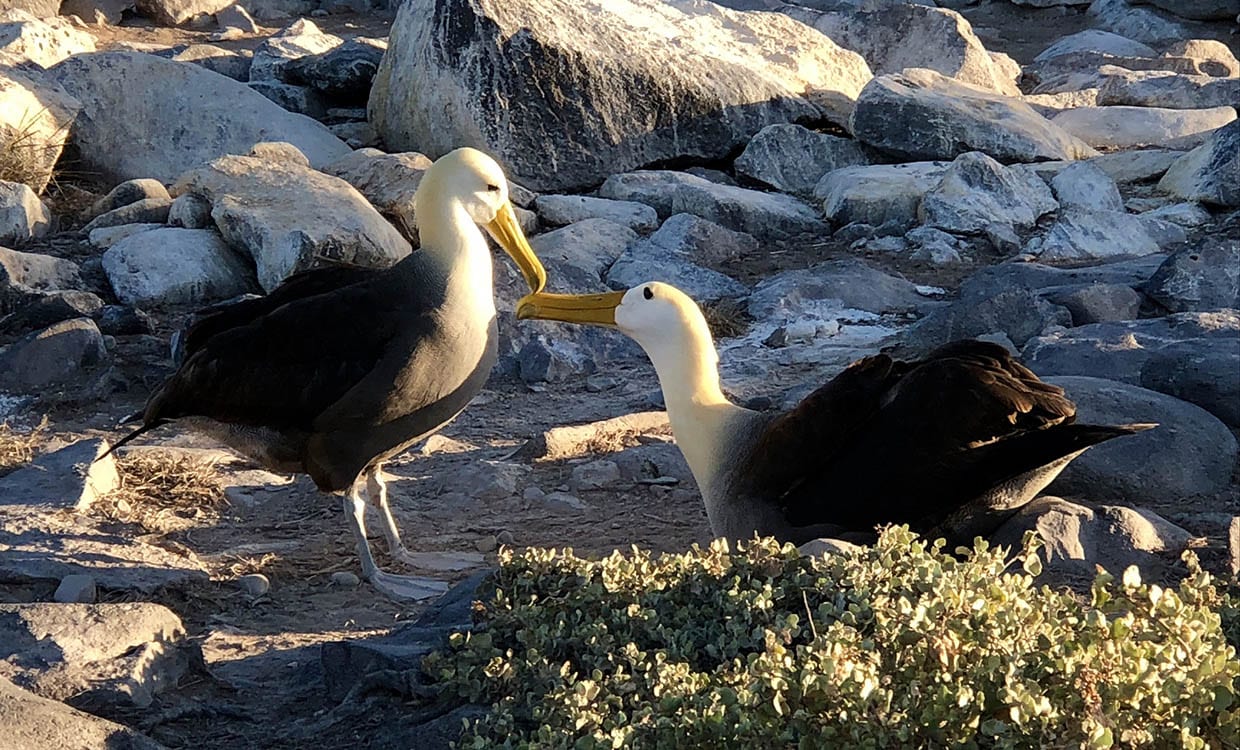 It is important to note that when planning a trip to the Galapagos Islands, this majestic bird is not present between January and March, and can only be seen between April and December. In the months that it is absent it resides to the east of the Galapagos Islands along the Ecuadorian and Peruvian coast lines on the Pacific. There are a few breeding pairs that have been found on Isla de la Plata, which is a small island off the Ecuadorian coast.

If you are at the right place at the right time, spotting the waved albatross is easy because they are the largest bird you will see in the Galapagos Islands. The bird has a wingspan that can reach two and a half meters long (7.2 to 8.2 feet in length). These birds weigh between 2.7 and 4 kilograms (6 - 8.8 pounds) and males are typically quite a lot heavier than females. This creature has a white head and a creamy yellow crown and neck with a long yellow bill. The body is mostly a brown color, though the breast and underwing are white. The feet of this bird are a blue color, and they are webbed. The bird’s legs are rather short.

The juvenile birds are very similar looking to the grown-up birds, but they have more white coloring on their heads. Meanwhile, chicks have fluffy feathers that are a brown color.

While the waved albatross is a very large bird, it is only considered medium sized when compared with other albatrosses. 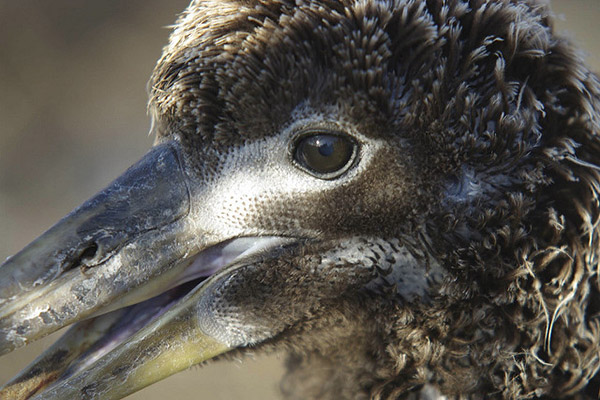 As you might expect, the waved albatross enjoys a fishy diet. They will eat fish, squid and crustaceans. They sometimes do eat smaller birds as well. In addition, they can be scavengers, and they may look for other sources of food on the land, such as food that other birds have regurgitated. When out at sea hunting, they search for places where fish or other creatures are close to the water’s surface, and this makes it easier for them to catch their prey.

The Galapagos albatross engages in a rather elaborate courtship dance, and if the timing is right you may be lucky enough to see this on your trip to the Galapagos Islands. However, this dance is elusive, so you will be honored indeed if you get to see it. The dance involves a good deal of bill circling and bill clacking. There is also head nodding, and the birds waddle. The waved albatross makes a strange sound during the dance, not dissimilar to the moo of a cow. Once an albatross has selected a partner, they mate for life, and will mate with their partner until one or the other dies.

After mating, the birds lay a nest on the ground, and the eggs are laid and incubated between April and June. The nest is typically built on lava areas where there are large rocks, and where there is not a lot of vegetation. In fact, in the past, a few colonies have disappeared, when vegetation has regrown following getting rid of goats on the islands. Sometimes eggs are abandoned in great numbers, and it is unclear why this phenomenon occurs. The incubation period lasts for around two months. After hatching, the chicks are kept together in nurseries, and the adult birds venture out to sea to find food. On their return, the adults feed their chicks with oil, which they regurgitate. The chicks spend the rest of the year growing, and they get to an adult size by the end of the year, ready to leave the colony by December or January. They are able to start flying after being hatched for five and a half months. The chicks do not look for a partner immediately and are believed to spend several years out at sea (up to six years) before returning to mate.

Seeing a waved albatross fly is quite the sight, as they are considered to be amazing flyers. They stay in the air for many hours and they rarely stall. This is achieved through soaring dynamically. The bird glides gracefully while up in the skies.

However, landing is another matter, and is quite tricky for this large bird. Because the creature has a high stalling speed, the landing can seem clumsy. Taking off is also rather tricky for such a large bird, and as a result these birds may run up to the edge of the cliff and jump off to propel themselves into the air. 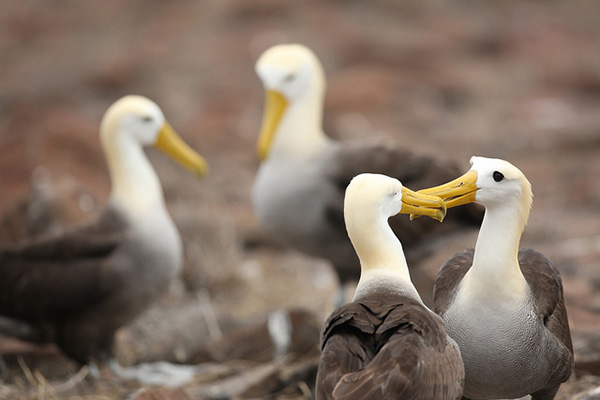 Galapagos Albatross Where to See Them

The Galapagos albatross can only be seen on Espanola Island, and only between April and December. In rare cases you might see a waved albatross that has been slow to leave the island at the beginning of January, but this is not to be relied on. It is thought that some 20,000 pairs breed and nest on Espanola Island. The best place to see the waved albatross is at Punta Suarez on the island. On this walk you will get to see numerous sea and shore birds along the trail, and the Galapagos albatross is one such bird, a few recommended cruises include these sites in their itineraries such as the Natural paradise yacht or the Calipso cruise among other yachts.

There have been some sightings on Galapagos albatrosses on Genovesa Island, but only a few, and again, this cannot be relied on.

Ecuador and Galapagos Insiders can help you plan your trip to the Galapagos Islands to make sure you have the best chance of seeing this fascinating bird. Contact us today to find out more. 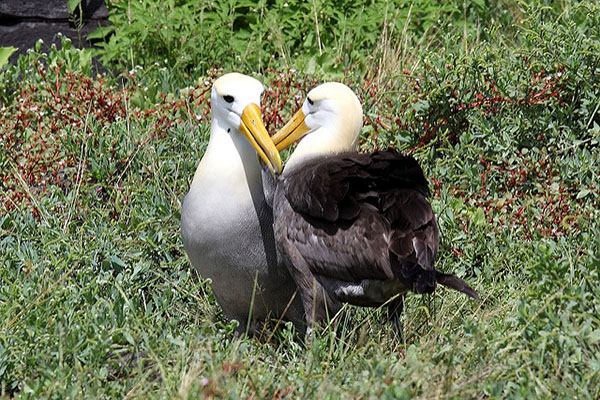