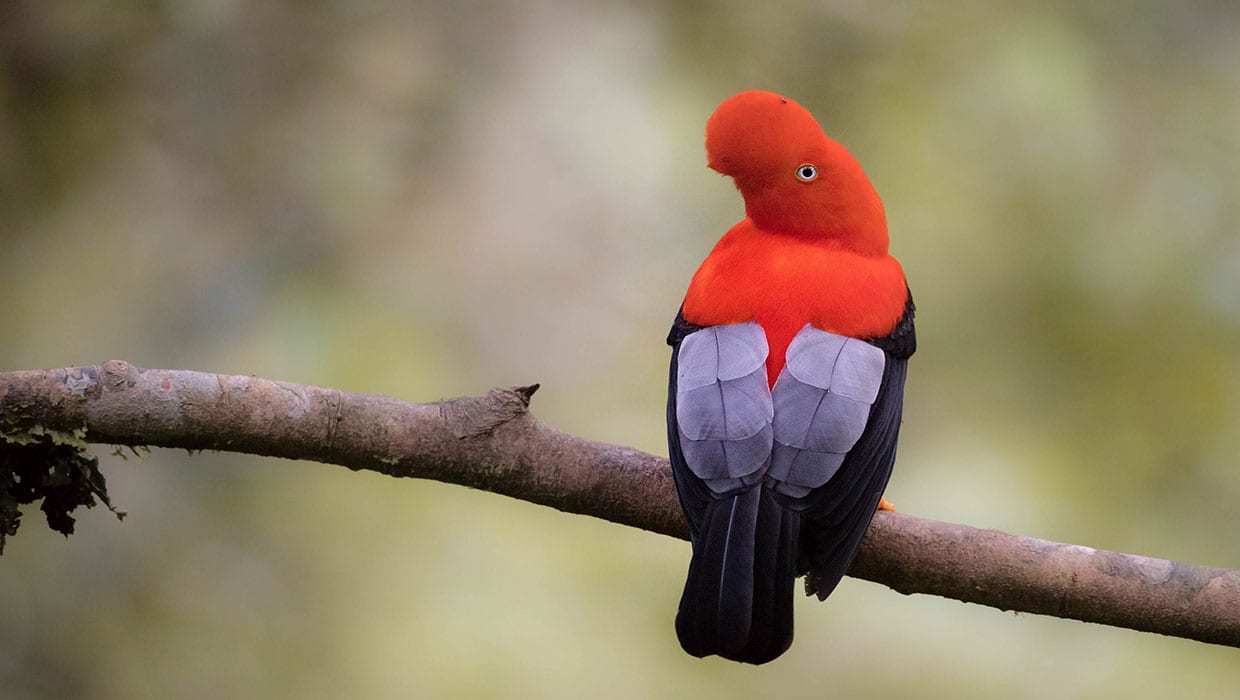 The Cock of the Rock Bird

The Cock of the Rock is a fabulously colored bright red-orange bird which has a very striking appearance. For many birdwatchers visiting Ecuador, the Cock of the Rock will be one of the birds that they would really love to spot, close to the top of their checklist – and with good reason. It is a stunning and fascinating creature. This bird is popular, and it is perhaps for that reason that it is Peru’s national bird. Ecuador bird-watching trips tend to include opportunities to see Cock of the Rock.

While there are two different species of Cock of the Rock, the one that you have the best chance of seeing in Ecuador is the Andean Cock of the Rock. The other type is the Guianan Cock of the Rock, which is found in other parts of South America. In either case, the bird shows significant sexual dimorphism. What this means is that the male and female look quite different. The male is the bird that has the bright red-orange feathers on its head and upper breast. The female is a darker creature that is browner in appearance.

Where to see the Cock of the Rock Bird

The Andean Cock of the Rock can be seen in various countries in the northern region of South America. Specifically, it is found in Venezuela, Colombia, Peru, Bolivia and Ecuador. The Guianan Cock of the Rock is found more to the eastern region of South America. It is more likely to be observed in French Guiana, Suriname, Guyana, Venezuela (in the south), Colombia (in the East) and Brazil (in the northern Amazon area).

This bird is not easy to see as it is very shy and likes to stay hidden, and it also gets easily disturbed. However, birdwatchers in Ecuador do get to see it with some regularity, due to the know-how of Ecuadorian birding guides. One of the best places to see the Cock of the Rock in Ecuador is in the Mindo cloudforest. If you want to see a Cock of the Rock, the best way to do so is with a specialist Ecuadorian birdwatching guide who knows exactly where to find them. The Cock of the Rock can be found at a lek, and these can be seen in the Mindo cloudforest. A lek is where male birds gather to carry out displays and compete with one another. Ecuador birding guides know exactly where these are, and can lead you straight there – giving you your best shot of spotting this beautiful bird. 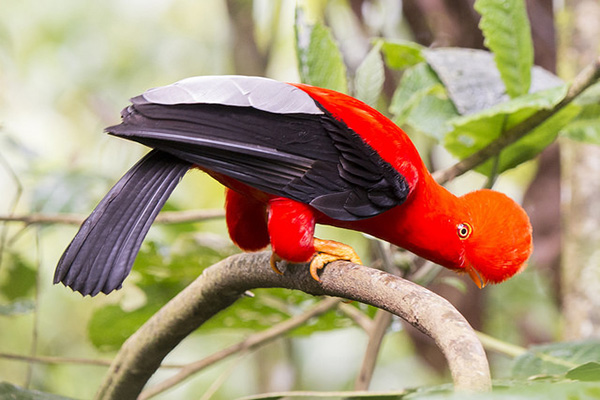 Cock of the Rock Behavior

One of the most interesting behavioral aspects of the Cock of the Rock is its lek activity. Leks are communal areas where these birds come together. At the lek the males often split up into groups of two and compete with one another. They jump around and flap a bit, and squawk a lot, sometimes snapping their bills too. If a female comes nearby then the activity becomes more intense and louder. There can be a lot of noise when this activity is going on, and some of it rather strange!

Once the male has found and mated with a female then he has done his bit, and the work now falls to the female. The female will build the nest, and this is made of mud and vegetation, built in the shape of a cup. The female binds all the bits of the nest together with her own saliva. Once the nest is built, the female will lay her eggs. Usually just two eggs are laid, and she will take care of these for up to 28 days (they will hatch after between 25 and 28 days).

For food, the Cock of the Rock eats mostly insects and fruits. From time to time they will also feast on frogs and reptiles – though quite small ones, and not so commonly. Very rarely there have been sightings of the Cock of the Rock eating small mice, but this is certainly not common. This bird is typically quite shy and tends to forage for food on its own, though occasionally they can be seen doing so in larger groups (up to three others).

Cock of the Rock Conservation

The Andean Cock of the Rock is not considered to be an endangered species, as it lives across a wide geographic area. Even though some of its habitats sometimes gets damaged through the activities of people, it is believed there is a sizeable population. No one knows the exact number of these birds that there are, however. Our travel advisers are happy to assist you booking a tour to the Cloudforest to encounter this wonderful creature! 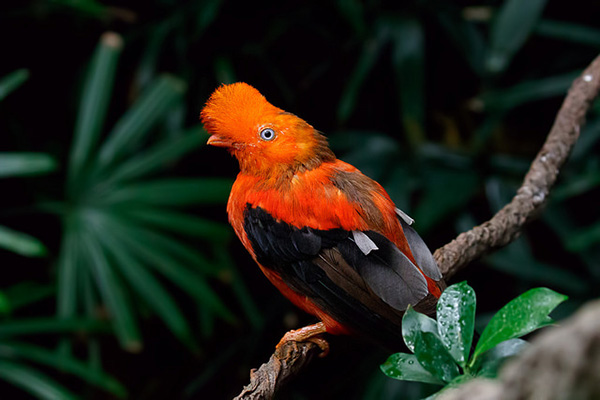