Top Destinations for Trekking in Ecuador

How to budget your cash for a Galapagos Trip, cash or card

With spectacular mountains galore, and a small population and uncrowded trails, trekking in Ecuador can be superb. The best trekking sites in Ecuador are scattered from the north to the south of the country, and many can be found throughout the Avenue of the Volcanoes, which also stretches like the country’s backbone from the country’s top to bottom. While some of the best hiking sites are in the mountainous regions of the country, it is worth bearing in mind that the altitude is usually high, and often above 3,000 or even 4,000 meters above sea level. This means that spending a few days acclimatising on arrival in Ecuador will usually be best advised before striking out into the landscape. Once you are well acclimatised, the list of best trekking sites in Ecuador is almost endless, but here are some of our Ecuador and Galapagos Insiders favorites.

A lot of the best trekking options in Ecuador are not too far from the capital city, Quito. This makes trekking in Ecuador pretty accessible, and some routes can even be accessed by public transport. For example, several excellent day hikes can be enjoyed by taking a trip from Quito. One such option is to hike in the region of Papallacta, where the delightful scenery includes paramo mountainous terrain, and jewelled lakes dotted about. A hike near Papallacta is one of the best trekking options in Ecuador because it provides the opportunity to visit the hot springs at the end of the walk, so the hiker can soak away all of the aches and pains of the walk. Day hikes have the benefit of helping you to prepare for longer trekking routes, as well as being very enjoyable in and of themselves. 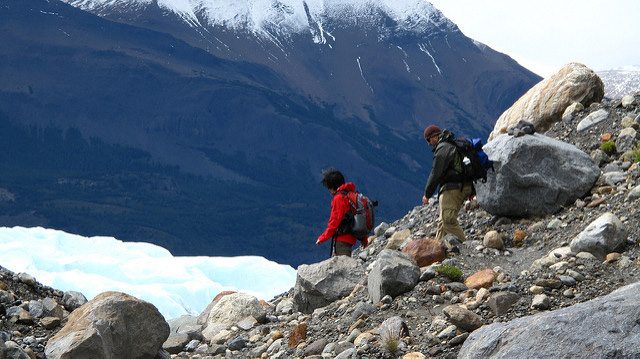 A couple of hours away from Quito, near the colourful market town of Otavalo, more hiking options abound, with several good day hikes in the vicinity. One lovely option is to hike around Lake Cuicocha, which is a little north of Otavalo. This circumnavigation of the lake can be done in approximately five hours, depending on the speed hiked, and hikers benefit from views of the lake almost all the way around. Another good walk in this area is up Fuya Fuya, which is a mountain next to Lake Mojanda, also near Otavalo. Be warned that this walk is quite steep, but you can enjoy fine views of the lake throughout the ascent and descent. Finally, Imbabura mountain is also nearby and can be climbed, for the more intrepid. Do not forget to pay a trip to the bustling market before or after your walk to pick up some lovely souvenirs.

For trekkers looking for multi-day experiences, some of the best trekking options in Ecuador can still be found within an hour or two of Quito. One of the best known routes for trekking in Ecuador is called the Trek of the Condor. It is so named because lucky hikers may get to see this massive bird soaring in the skies overhead, as several condors live in this region. The walk begins from Papallacta and typically lasts for five days, though some operators will run it in four. The route passes by various volcanoes, extinct or otherwise, including that of Antisana, Sincholagua and Cotopaxi. The route ends in the Cotopaxi National Park. If you get clear weather, then this trek is stunning. Do not expect to be staying in hotels along the route. This trek is quite isolated, and you will almost certainly be camping most nights, if not all.

Further afield, about six hours from Quito, another of the best trekking sites in Ecuador is along Ecuador’s own Inca Trail. This is a path much less traveled than the more famous Peruvian Inca Trail, but it is equally as pretty a route. The hike ends at Ingapirca, which though not as dramatic as Machu Picchu, is still the most important Inca ruin in Ecuador. One of the great things about this trek is that unlike Peru’s Inca Trail, you will most likely not run into any other trekkers. The walk commences at Achupallas , a small Andean village where the main source of income is farming. The trail head strikes away from the village and along the route you will enjoy spectacular glaciated valleys, and the opportunity to view the ruins of tambos. These were buildings that were developed along the way through history. Again, this is one of the best trekking options in Ecuador because it is so rural, but this does also mean that you will not be staying in hotels on this route either.

“In every walk with nature, one received far more than he seeks.”

Another of the best trekking options in Ecuador is a multi-day trek around the Quilotoa Loop. Quilotoa is a stunning crater lake, a few hours drive from Quito. Providers offer various options for this walk, and one of the most popular runs for three days and two nights, with options to stay in local guesthouses along the way. This route starts or ends in either Quilotoa itself or Isinlivi. With this walk you really get off the beaten track, as relatively few visitors go to the Quilotoa region. This route really allows for some superb opportunities to observe rural indigenous life in Ecuador first hand. Many people locally dress and live in the traditional style, and your experience is likely to be very authentic, which is what makes it a really unique option for trekking in Ecuador. You will not be disappointed by the scenery either, as you will enjoy mountain ridges and beautiful Andean valleys along the route, as well as the main prize itself, Lake Quilotoa. 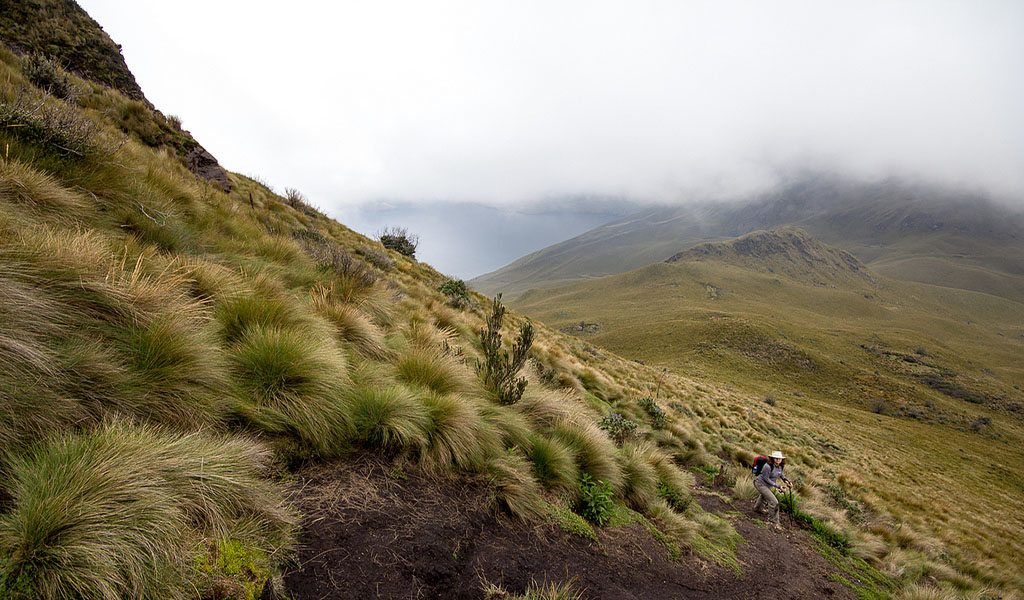 To experience the best trekking options in Ecuador for yourself, it is best to find a tour operator who can provide guiding services and support, unless you want to strike out on your own. Ecuador and Galapagos Insiders can help you to organise these hikes and treks, among many others that are available in this trekker’s paradise. In short, trekking in Ecuador rarely fails to please due to the fact that while treks are off-the-beaten-path they are so accessible from Quito or other hubs. Ecuador and Galapagos Insiders offers various hiking tours, but can also organise multi-day treks and other customized options, so if you don’t see what you want, just ask.