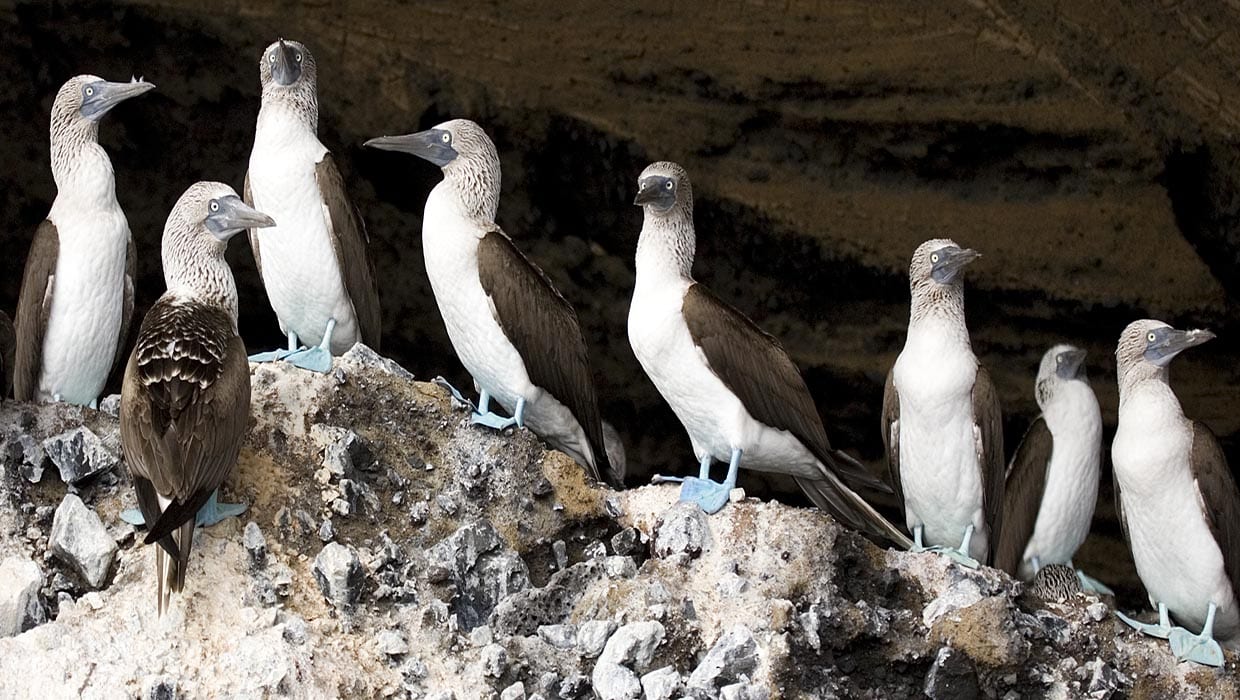 Why is Ecuador a Mega-diverse Country

Tagus Cove is a Galapagos visitor site that is located in the western Galapagos Islands, specifically on Isabela Island. As such, visits to Isabela Island offer Tagus Cove Galapagos tours from cruises. This spot is located across from Fernandina Island, and is next to the Bolivar Channel. This channel separates the islands of Fernandina and Isabela. The Cove is named after a British boat which visited the Galapagos Islands in 1814. This boat, the Tagus was seeking out giant tortoises. The Cove had an interesting history as pirates and whalers frequented these parts through history. Some of these individuals who visited this spot decided to write their names on the cliffs. Some of the oldest include the names Phoenix from 1836 and Genie from 1846. Here we will consider things to do in Tagus Cove, how to visit this spot, the wildlife at Tagus Cove and when to visit.

Things to Do in Tagus Cove

Activities at Tagus Cove are typically walking along the trail, and snorkeling. The beach is surrounded by mangroves. The trail here is very pretty and it heads up to Darwin Lake. This is a lagoon in a crater, filled with salt water. There are a range of bird species here. The walk is short but steep. There is a stunning view when you get up to the ridge – which may be why pirates used to stop here too!

At Tagus Cove, when snorkeling there are opportunities to see a variety of fish and sea life. These may include sharks, turtles and sea stars if you are lucky.

Some cruises here will take you on a panga boat ride here. This is a great opportunity as you can get to see some of the wildlife at a closer proximity. You should also be able to see some of the interesting graffiti that was left here by the US Navy during the mid-1990s. As mentioned above, there is also some graffiti from earlier time periods, such as when pirates used this place as a hideout, so it is worth keeping your eyes peeled for this.

The landing at Tagus Cove is dry. 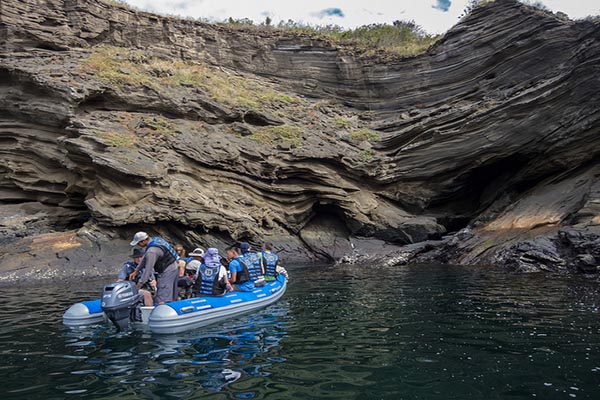 How to visit Tagus Cove

Tagus Cove can only be visited from a cruise tour, as it is accessed by water. This means that if you want to travel to this specific site, you will need to select a cruise that has this Galapagos visitor site on its itinerary. Not all cruises offer Tagus Cove in their itineraries, so do not just assume yours will. We are Galapagos experts, to contact us and we can advise you on this.

There are no major differences between visits in different seasons to Tagus Cove. The wildlife is much the same all year around, so you will have a decent likelihood of seeing different species whenever you visit. The weather is typically warmer and wetter between December and May, and cooler and drier between June and November. The sea gets colder in the cooler and drier months. Currents are likely to also be stronger during these months, and particularly around August or September time. Currents can be fairly strong, which is worth consideration for novice snorkelers, as they may want to avoid these months.

Tagus Cove has some fascinating wildlife to see, and particularly during the hike along the trail at this fascinating visitor site. At Darwin Lake there are some opportunities to see a variety of birds, and especially land birds. You may well see different finches, such as ground and tree finches. There is an occasional sighting of a woodpecker finch here. You might see a Galapagos hawk, a yellow warbler or a large-billed flycatcher. Penguins can be seen along the cliffs too, and flightless cormorants reside here.

Animals that you might spot include the giant tortoise or a land iguana. Meanwhile, in the sea there are chances to see sharks, turtles and sea stars. You may also see various different types of colorful fish. 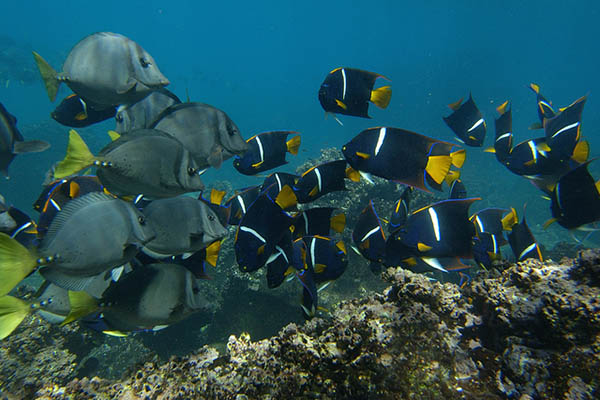 Insider Recommendations for your tour at Tagus Cove

Our main Insider recommendation for your visit to Tagus Cove is a reminder that Tagus Cove can only be visited from a Galapagos Islands cruise. This means that if you are on a land-based tour to the Galapagos Islands you will not be able to visit this spot. We also recommend you bring your binoculars on a panga trip around the cliffs, if your cruise offers this, as it will help you to see the graffiti better, as well as to spot birds that are higher up on the cliffs.

Why not contact us and we can help you find out if your Galapagos cruise will stop at Tagus Cove. We can also look for your ideal Galapagos Islands trip – get in touchto find out more!