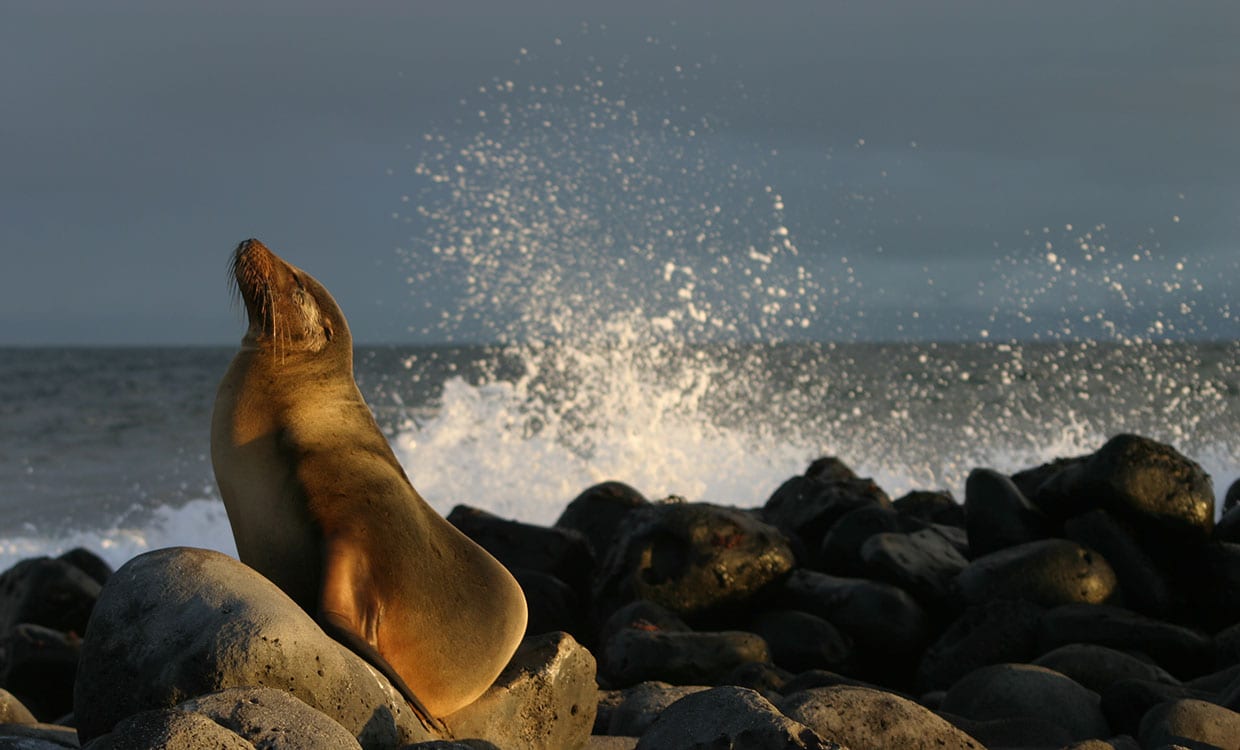 The Galapagos wildlife is famous all around the globe. People love to visit the Galapagos Islands to see the range of weird and wonderful endemic species there, as well as other wildlife that has chosen to make the archipelago its home. Since the Galapagos animals have had little damaging human contact, they are unafraid, which leads to some exciting wildlife experiences and great photographic opportunities! Whether on a Galapagos Islands cruise or a Galapagos land-based option you are sure to run across a variety of different birds and animals. We will look here at when and where you can see the animals, and the main species of Galapagos wildlife that you may expect to see.

When in Galapagos You Can See Wildlife 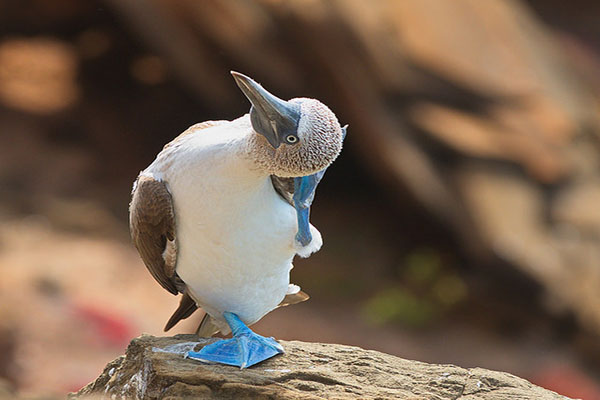 Where in Galapagos You Can See Wildlife

The Galapagos wildlife is widely distributed across the islands there. There is wildlife on the western, central and southern islands, so you will find there are plenty of opportunities to see different creatures close up. We are experts in Ecuador and Galapagos travel, so if you want to be sure of seeing a particular species, let us know and we can help you find a cruise or land-based option that will work for you.

Main Species You Can See

Here are some of the main species you can expect to see:

The Galapagos Islands are named after the Galapagos giant tortoise, and there are only a few species of this fascinating creature throughout the world. Giant tortoises can be seen in the highlands of Santa Cruz, as well as at the Charles Darwin Research Station, and a range of other spots through the islands.

The waved albatross is a giant bird that you may get to see on Española Island between the months of April to December. This is a highlight for many visitors. While on the ground the bird is not elegant, it soars gracefully in the skies above, and has a massive wingspan that can reach 2.5 meters long. 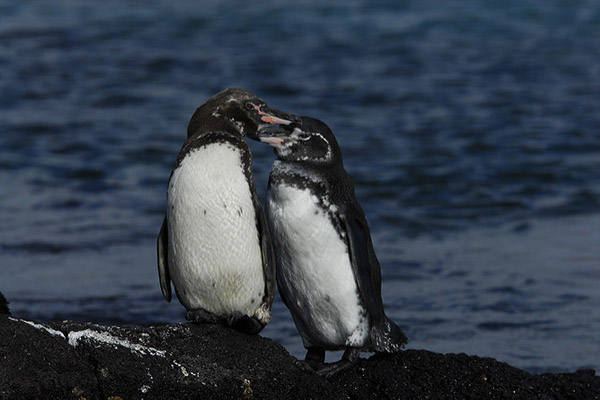 This is the only species of penguin that is found north of the Equator. Galapagos penguins are smaller than their southern cousins. You can get to see them in many places, including on Isabela Island, Fernandina Island, Santa Cruz Island, Bartolome, Santiago and Floreana Island. A particularly special treat is to see them diving underwater while you are snorkeling.

This is a special sight that you might get to see while snorkeling or diving in the Galapagos – and what an amazing sight at that! There are various places where you could see this unusual looking animal, but Devil’s Crown is one such snorkeling spot.

These are one of the most iconic creatures of the Galapagos Islands. They can easily be recognized by their blue feet, after which they are named. They have a very interesting mating dance to observe in the breeding season. They can be seen on North Seymour as well as throughout many of the islands.

Unsurprisingly, the red footed booby is characterized by its bright red feet. It is not endemic to the islands, but anyway is an interesting bird to observe. Genovesa Island is one of the best places to see this interesting bird, though they can also sometimes be seen on San Cristobal Island and near to Floreana Island.

This bird from the booby species is sometimes also known as the “masked booby” due to the black mask like features on its face. The bird is the largest of the Galapagos boobies, and can be seen on Española, San Cristobal and Genovesa, as well as flying between the islands.

The Galapagos green turtle is often seen during snorkeling around the islands. It is the only species in the turtle family to breed and nest in the Galapagos Islands.

This species is unusual in the lizard family as it takes to the sea. Other lizards do not do this. They are found on different islands including Isabela, Fernandina, Española, Floreana and Santa Cruz. They are mostly black in color though turn other shades of green and red in some areas during the mating season.

These are very distinct from marine iguanas as they are a yellow color, and bigger than their sea-faring relatives. They tend to be found in arid areas and can be seen on Baltra, North Seymour, Santa Cruz, South Plaza, Santiago, Fernandina and Isabela.

This graceful creature in the ray family may be seen gliding through the waters around the islands. It is commonly seen during snorkeling activities, but may sometimes be seen from the boat too.

The flightless cormorant is so-named due to its inability to fly. It is, however, an amazing diver and has evolved for expertise at hunting in thisway. It can be seen on Isabela and Fernandina.

In the Galapagos Islands you may often see the great frigate bird or the magnificent frigate bird soaring overhead while you are on your cruise.

The Galapagos sea lion is the most ubiquitous mammal in the islands. You will be likely to see it snoozing on the beach, in colonies, or swimming near the islands. If you are very lucky, young sea lions may play with you while you are snorkeling.

It can be difficult to distinguish fur seals from sea lions to the untrained eye. However, fur seals are smaller and have bulging eyes. They also have a thicker coat. They may be seen on Santiago Island and on Genovesa, and they reside on most all of the other islands as well.

The Galapagos hawk is a bird of prey which can be seen scattered across the major islands. You might see them on Isabela or Fernandina, among other spots. 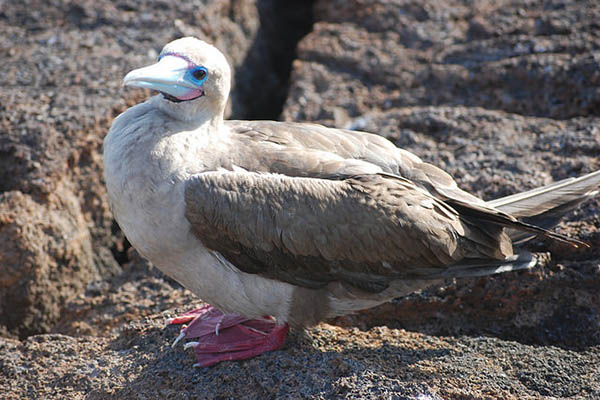 Recommendations for wildlife sightseeing during your Galapagos Trip

Our insider recommendation for wildlife sightseeing during your Galapagos trip is to bring binoculars. While most wildlife is very close up, some species, and especially some of the birds may be further away. A set of binoculars will enable you to make the most of your Galapagos wildlife experience. Get in touch today and we can help you organize your Galapagos Islands cruise or land based adventure.