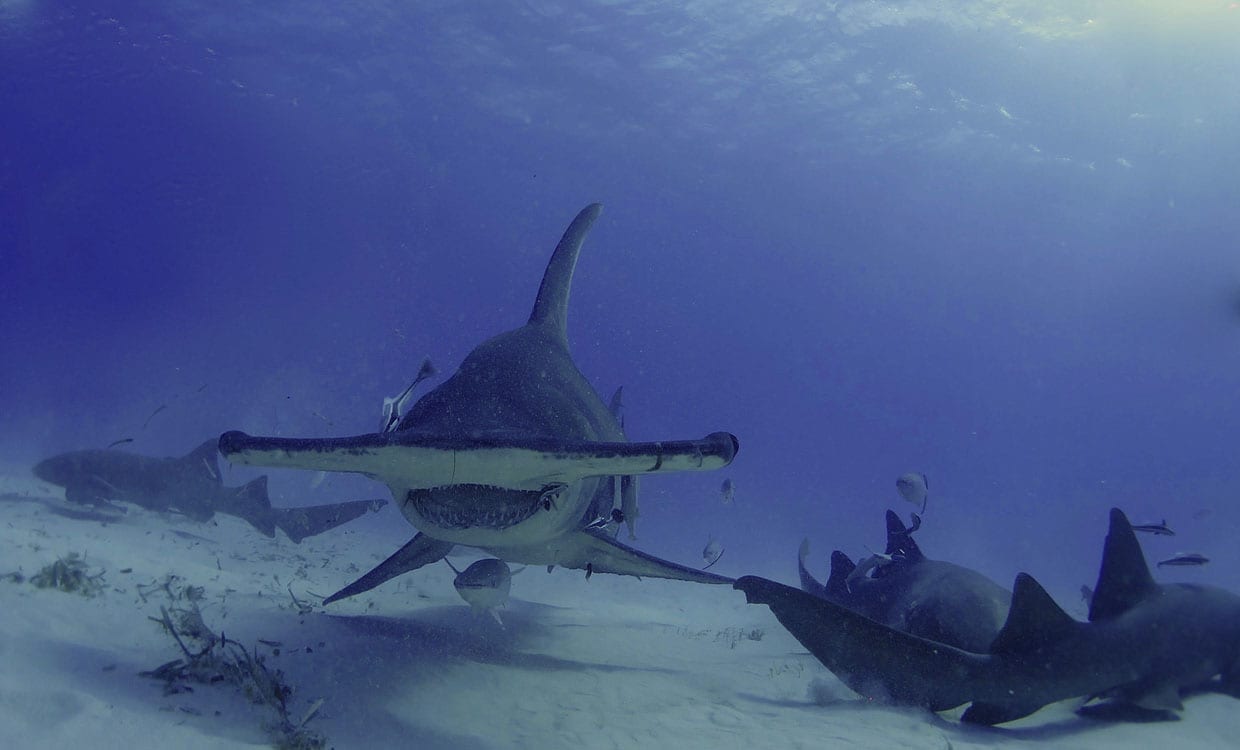 Traveling to the Galapagos Islands with Kids

The Galapagos hammerhead shark is instantly recognizable as the upper part of its body is shaped like a hammer, and the eyes can be seen on either side of the head. The look of the shark is obviously how they get their name. While baby sharks are 50 centimeters long, adults typically grow to four meters in length, but some grow up to six meters! 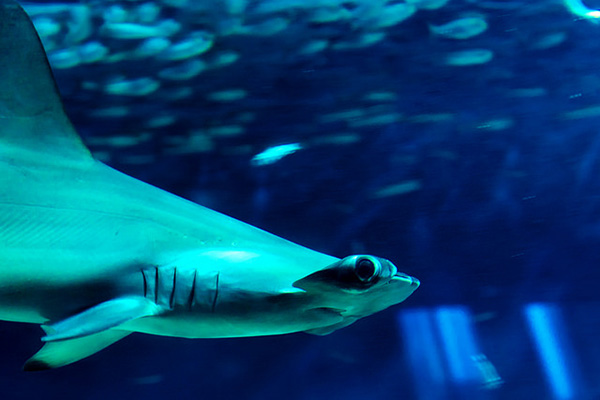 Where to See Hammerhead Sharks – and when to see them

There is a sizeable school of hammerhead sharks near Wolf and Darwin Islands. It is thought that there are 100 individuals in this group. Sometimes hammerhead sharks may be observed near Kicker Rock, some of our favorite Galapagos yachts visiting Kicker Rock include the Elite Galapagos cruise and the Grand Majestic, both high end options for those looking to enjoy the islands in luxury.

In 2017 a nursery for scalloped hammerhead sharks was found on the coast of Santa Cruz Island. The nursery is located in the mangroves in this area, as it has plentiful food sources. This site is still being explored, and it is hoped that more can be learned about this fascinating creature from this nursery. This Galapagos sharks discovery is considered very exciting.

If you want to see Galapagos hammerhead sharks you will most likely need to get into the water. There may be good options for snorkeling to see the hammerhead shark during your Galapagos Islands cruise. If you dive, you may have a good chance to see these creatures too, but rather than take Galapagos Islands cruises it is better to go on a dive boat in this case. These sharks are most often found at a depth of three to 182 meters (10-600 feet), though they can dive deeper.

Thinking about when to go, one source reports that the hammerhead shark is most likely to be seen in January, and there are fewer of them in May. Another suggests that June is a good time of year to try and see these sharks as they migrate to Darwin and Wolf at that time of the year. However, a decently sized population of this shark resides all year long in the Galapagos, so you may have a good chance of seeing them at any time of the year.

Female sharks give birth to litters of 30 or so pups, and there is a gestation period of approximately ten months. The young are then left in nurseries where there is plenty of food and usually lots of protection too, where they can grow and develop free from predators, or at least from as many predators as might be found in the ocean. It is not currently known at what time of year mating and pupping occurs. This species (Scalloped hammerhead) lives for approximately 30 years.

Galapagos hammerhead sharks enjoy eating mackerel and other fish like herring and sardines. They are also at times known to eat smaller shark species. Researchers have observed them to be more active at night time. They are known to enjoy so-called “cleaning services” provided by other smaller fauna in the area. 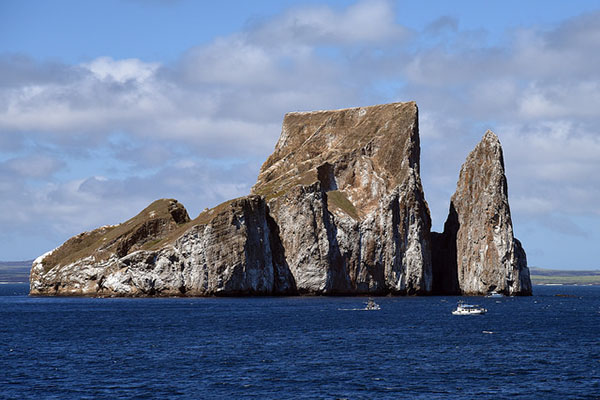 It might surprise you to know that humans are much more of a risk to Galapagos hammerhead sharks than they are to humans. It is very rare that hammerheads will attack people, and most of the time divers and snorkelers will be safe in the water with them. Trained guides know how to tell when these animals are agitated and giving warning signs that they might attack. This means that there may be excellent opportunities for snorkeling with hammerhead sharks during your Galapagos cruise. Given that these sharks are mostly located far from the islands with accommodation, you would have been unlikely to see a hammerhead shark if on a Galapagos Islands land based option until now, but perhaps that will change with the identification of the new school near Santa Cruz Island.

If hoping to see the king of Galapagos sharks, a hammerhead shark, on your Galapagos visit your best chance will be if your trip takes you in the direction of Wolf or Darwin, either on a Galapagos Islands cruise or a live aboard dive tour. It will be much less likely to spot this graceful creature on a Galapagos land-based trip, though it depends where you are located. If you do spot one of these Galapagos sharks it is likely to be a highlight of your Ecuador trip. 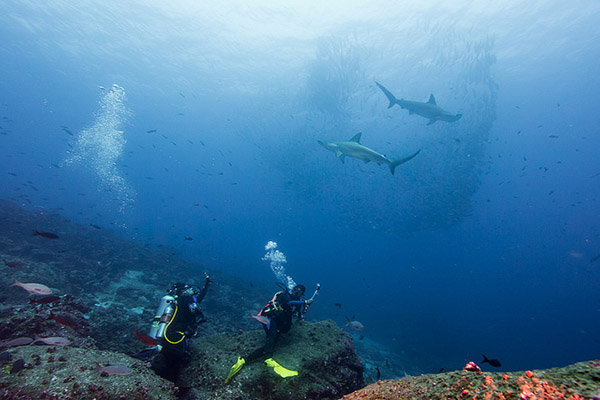