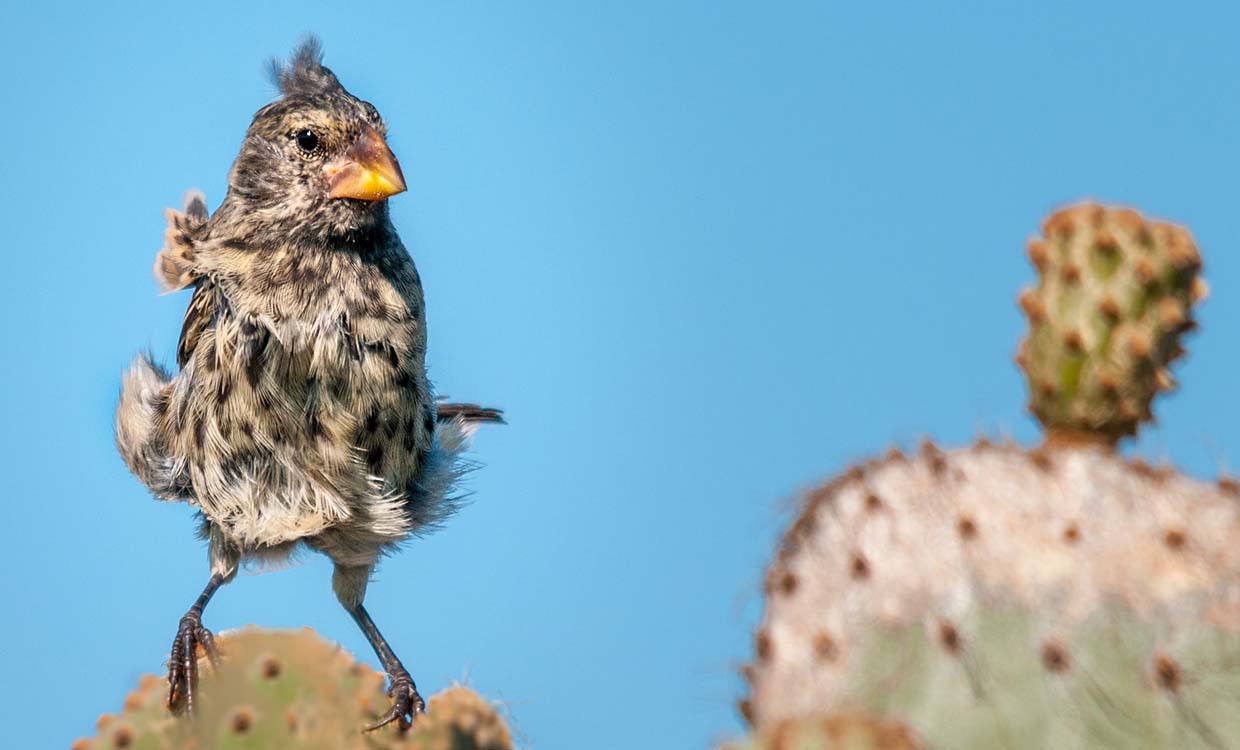 The Galapagos Darwin finches are famous because it was the observation of these birds that allowed Charles Darwin to develop his theory of evolution. There are 13 different types of Darwin Galapagos finches, though strictly speaking these birds are in the tanager rather than the finch family. Galapagos types of finches are all quite similar in terms of characteristics and behavior, though there are some minor differences that help to distinguish them from one another. The differences include beak size and shape, the preferred habitat and diet. Some details about each type of the Galapagos Darwin finches can be found below.

Galapagos Types of Finches – Characteristics, Behavior and Where to See Them

This was only recently distinguished from the grey warbler finch, and until 2008 it was considered to be the same species. The two are really very similar, but there are some minor differences in terms of preferred habitat and appearance as well as song. It prefers to live in forested areas or shrubland. It can be seen on several islands including Espanola Island, Fernandina Island, Santa Cruz Island and Isabela Island as well as North Seymour Island.

This finch type can be seen on the drier, smaller islands in the archipelago. It is seen on Espanola, Floreana, Genovesa and San Cristobal, among other islands. It mainly prefers to live in shrubland and dry forest, and its coloring makes it quite well disguised in this type of habitat. 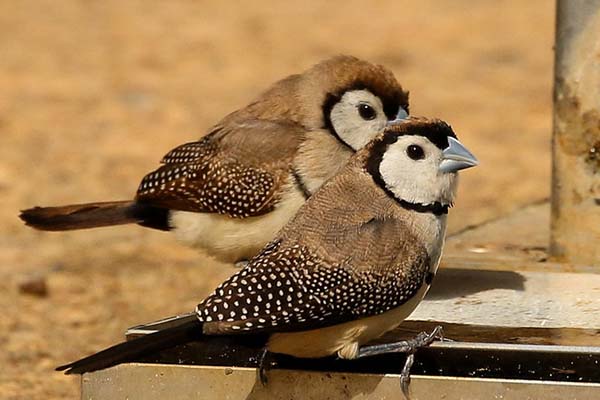 This bird stands out from the other finches because it is known to be very good at using tools to go about its business. For example, it will use a small stick or twig to remove its prey from trees. It is found on Isabela Island, San Cristobal, Santa Cruz and Santiago. It is sometimes known as the carpenter finch due to its tool use capabilities.

This finch eats cactus, and in particular it likes Opuntia cacti, especially the pollen and nectar. It also enjoys the fruit and seeds of the same plant. It will also eat invertebrates and some other plants. It can be found on a large number of islands including Genovesa Island, Floreana Island, North Seymour Island, San Cristobal Island and Santa Cruz Island.

Unsurprisingly this Galapagos finch type also eats cactus, as well as a variety of other items. It has a different appearance than the other finches. It is not widespread, and only found on Espanola Island. It is a large finch, approximately 15 centimeters in length. The male is black with some white parts, and the female is typically dull gray with some white underparts.

This type of Darwin Galapagos finch is small, per its name. It has a curved beak that is short. This finch eats insects, and its beak is perfectly suited to this. It can be seen on many of the islands including North Seymour, Fernandina, Floreana, Santa Cruz, Santiago and San Cristobal. Its preferred habitat is shrubland or forest. 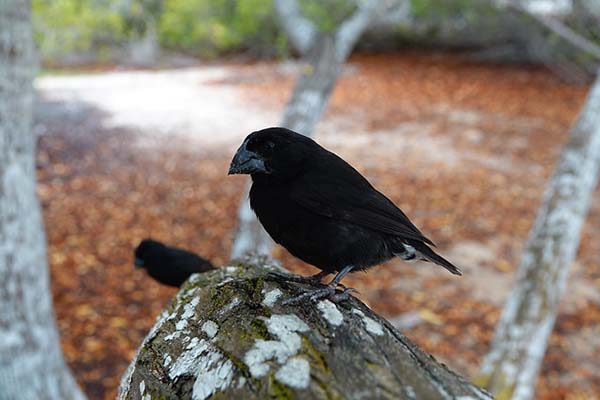 This finch is fairly rare as it may only be found on Floreana Island. Specifically, it is seen in the highlands on this island. Its beak size is similar to that of the large tree finch. This finch is threatened by a type of fly that lives in its nest and feeds on the blood and tissue of the chicks.

This finch has a strong bill which is large and has a thick base. It is spread out across several of the Galapagos Islands including Isabela, Fernandina, Rabida, Santa Cruz, Santa Fe and Santiago. It may not come as a surprise to learn that it lives in forested areas.

This finch is among the commonest of these species and can be seen on many of the Galapagos Islands including Espanola, Fernandina, Floreana, Isabela, North Seymour, Rabida, Pinzon, Santa Fe, Santa Cruz and Santiago. It is also the smallest of the finches. Its beak is short, pointy and slightly curved.

This type of finch mostly eats seeds. It is seen on several of the islands, so you might get to spot this one. It can be observed at Fernandina and Isabela, Pinta, North Seymour, Santa Cruz, San Cristobal and Santiago, among others. The male is a black color with white tips on its undertail, and the female is brown with streaky bits.

This Galapagos finch is recognizable as it is the biggest. It also has the largest beak size of any of the Darwin Galapagos finches. Its beak is big but short which is well suited for eating seeds and nuts, and cracking them open. This finch can be seen in the western islands, as well as on Genovesa, Pinta, Rabida, Santa Cruz and Santiago.

This particular Darwin Galapagos finch is extremely rare. It is only found on Isabela Island, and only in small area there. It is believed that this finch type is likely to become extinct, as there is insufficient breeding between the two small populations on Isabela. 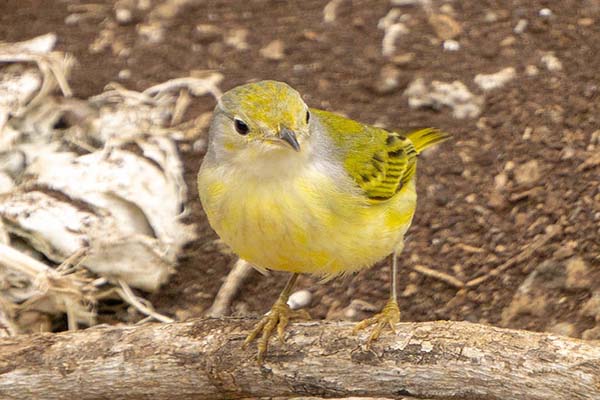 This bird is found on the islands of Wolf and Darwin, and is also known by the name of vampire finch. This is because it will drink the blood of bigger sea birds. However, it mainly eats seeds. It can also be seen on Pinta and Fernandina. The finch is relatively small. The males are black, and the females have brown feathers that have a streaky look to them.

If you hope to see some of the Galapagos finches on your Galapagos Islands cruise or land-based Galapagos trip, get in touch and we can help you find the best tour to suit your needs.