Top beaches to visit in Ecuador

If volcanoes are your thing, Ecuador is the place for you. Volcanos in Ecuador dominate the landscape. Ecuador volcanos are plentiful and can be seen throughout the Andean areas of the country. Indeed, volcanoes in Ecuador are so noteworthy that one of the loveliest trips to do in Ecuador is to travel through the Avenue of Volcanoes. The stunning landscape of Ecuador volcanoes also makes for some very spectacular active trips in Ecuador, such as hiking trips. Here are some of Ecuador’s top volcanoes that are worth a visit, though there are many more, and it would be difficult to see them all in a short vacation, you can browse various itineraries for tours of Ecuador that will include a few of these amazing mountains. 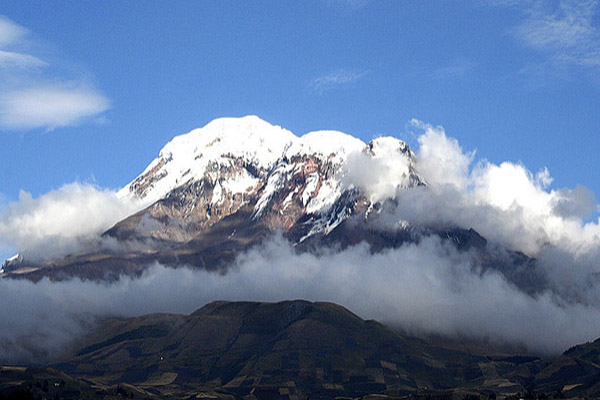 Cotopaxi volcano Ecuador is a fiery giant that towers over Quito, a permanent threat to the valleys around the capital city, and to the province of Latacunga, outside the capital. The volcano is approximately 30 miles (50 kilometers) away from Quito, to the south and is visible towering over the city on a clear day. Those that climb to its summit reach an altitude of 19,347 feet (5,897 meters). Cotopaxi is considered one of the world’s highest active volcanoes. The volcano last erupted for a period between mid-2015 and early 2016. Following this it was closed for climbing, but it is now once again possible to summit this massive mountain. Climbing Cotopaxi volcano requires some time spent acclimatizing to be ready for the high altitude and thin air that awaits on the way to the top. It is recommended to climb Cotopaxi volcano with a guide, as the route can be somewhat technical, involving crampons and ropes. However, the glaciers on this volcano are also receding. For those that do not want to climb but still want to experience the majesty of this volcano, the walk of 400 meters from the car park (4,400 meters) to the refuge at 4,800 meters is rewarded by superb views and a steaming mug of hot chocolate. 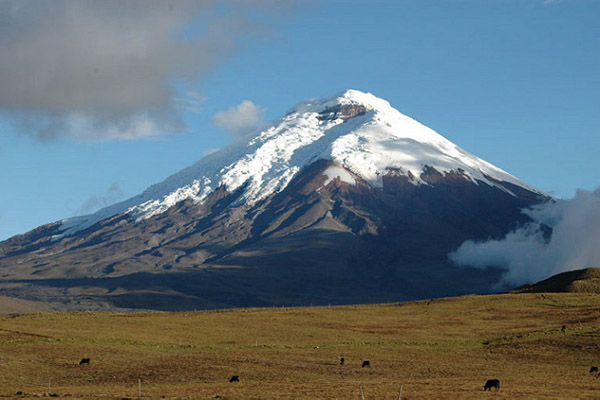 Cayambe volcano is situated to the northeast of Quito, and after Chimborazo volcano and Cotopaxi volcano, it is the third highest in Ecuador. Its peak stands at 18,996 feet (5,790 meters) above sea level. Cayambe volcano’s claim to fame is that it is crossed by the Equator on its south slope, and this is the highest point anywhere in the world that is on the Equatorial line. Cayambe volcano is 43 miles (70 kms) away from Quito. It is possible to walk up a few hundred meters from the car park, or to summit the volcano. It is recommended to do both with a guide, particularly as climbing Cayambe volcano may involve dealing with obstacles such as crevasses and ice falls. Cayambe volcano can often be seen from the north of Quito on a clear day.

Yet another avenue of volcanoes joy is Antisana volcano, located 50 kilometers (30 miles) south east of Quito. Standing at 18,714 feet (5,704 meters) tall, it is the fourth highest volcano in the Ecuadorian Andes. On a sunny day it is visible from some points in Quito, capped with snow at its peak. Antisana volcano is complex to climb and considered to be rather technical and challenging. As such, climbing Antisana volcano should not be done unless with a guide, or by the very experienced. There are other volcanoes in Ecuador that are more suitable for the less experienced. 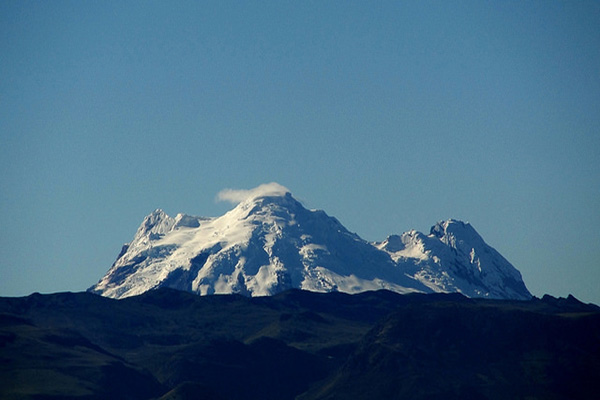 Other Volcanoes in Ecuador

The Ecuador volcanoes described above are just a few of the volcanoes in Ecuador, and it would be unlikely to take a trip to Ecuador and not see a volcano, even if you did not see these ones. For example, close to Ecuador’s jungle region is the fiery Reventador volcano, while the crater of Pululahua to the north of Quito is a delightfully fertile region which is lovely for a day trip. Meanwhile, Tungurahua volcano further south often threatens the population of the adventure activities town of Banos. There are also numerous volcanoes in the Galapagos Islands, such as Fernandina Island, Wolf, and Cerro Azul, all of which have erupted this century. 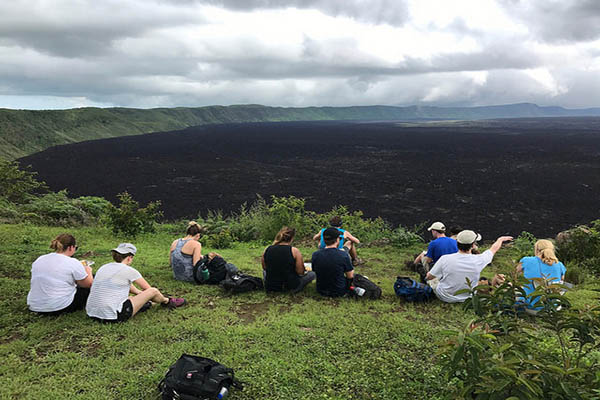