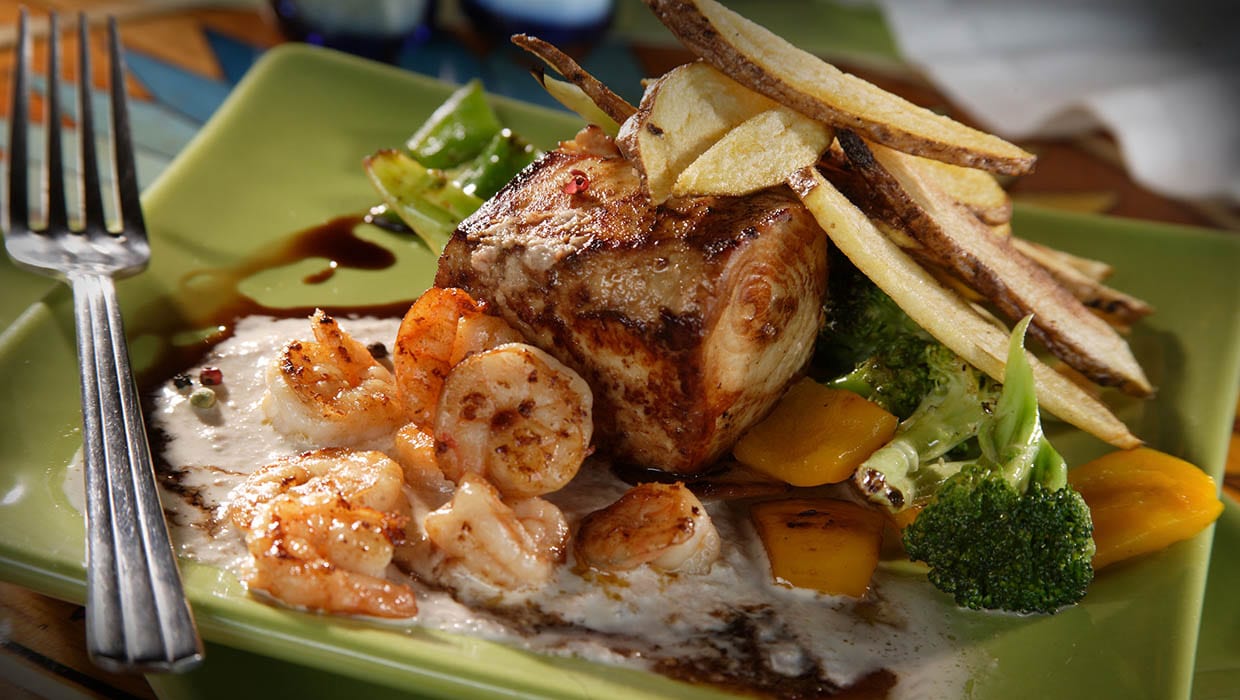 Ecuador is not necessarily known for its gastronomy. We think that is a shame as there are many different traditional foods to try that are simply not found elsewhere. Each region of Ecuador has its own gastronomy, and as a result, Ecuador local food depends on where you are in the country. Since potatoes originated in the Americas, you can expect to see a fair amount of these on your plate, but there are also a great variety of other different and tasty foods to try. Ecuador has its own unique cuisine, and it is fun to try new foods on your trip. That said, for those with a less adventurous palate there are also lots of western options available too, so if you don’t want to try a scary sounding food stuff, you’ll likely find a pasta or pizza place nearby instead. It’d be a shame to do that though, with so many delicious Ecuadorian options available to try.

It is important to note that in general, Ecuadorians are not vegetarian or vegan, and in some places, especially the more traditional establishments, this concept will not be well understood. “Without meat” can sometimes be interpreted as “without beef”, leading to vegetarians finding themselves with chicken or ham in their food, or meals cooked in beef stock. Never fear however, because at Ecuador and Galapagos Insiders we know where the best places for vegetarians and vegans are, so we can make sure you get a delicious meal.

In the Ecuadorian Highlands local food often consists of delicious soups, followed by meat, potatoes, another carb of some sort (often pasta or rice) and a small portion of vegetables or salad. There are also almost always lots of delicious flavored and exotic juices on the menu as well. In almost every restaurant you visit, you will find a small bowl of a tomato-onion mix in the middle of the table, and this very often includes chili as well. This allows patrons to choose how spicy they will have their food. You will see that some Ecuadorians splash it over everything, while others are much more restrained. It is pretty tasty and well worth a try.

Some of the more unusual Ecuadorian local foods in the highlands include “caldo de patas” which is cow foot soup, or “cuy” which is guinea pig. Guinea pig is considered a special gastronomic treat in Ecuador, and if you like trying all things weird and wonderful, this is not to be missed. 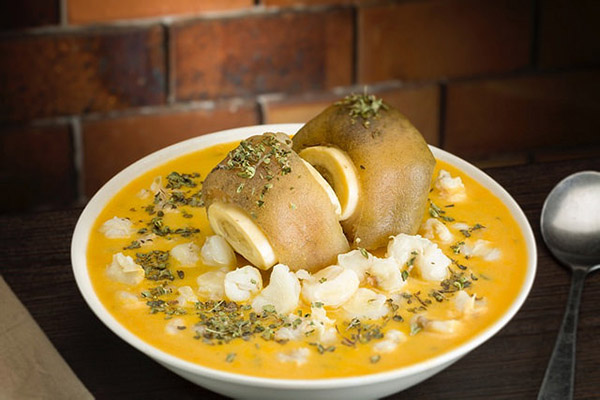 In the Ecuador rainforest, local food often includes beef or fish, served with rice, potatoes and/or plantain. In this region, people consume monkey, turtle, guanta (a large rodent) and the chonta worm, among others. However, when staying at a lodge in the Ecuadorian Amazon, you are much more likely to encounter Ecuadorian food that has been internationalized for western palates. You may also find many of the same dishes that are popular in the Ecuadorian highlands.

One of the more unusual items you should consider trying while in the Ecuador rainforest is chicha. This is a drink made out of fermented yuca, and sometimes the production process includes chewing the yuca and spitting it out to ferment. This might not be to everyone’s taste, but the drink is worth a try. In a few places in the Ecuador rainforest, you might even get to taste lemon ants. It will come as no surprise to learn that these are ants that taste like lemon! 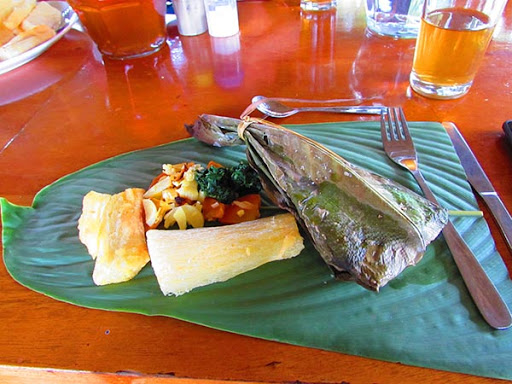 Lovers of seafood will delight at the options available on the Pacific Coast of Ecuador. One of the classic favorites on the coast is ceviche (sometimes spelled “cebiche”). This can be made with various types of seafood or fish. With the shrimp cerviche this is often cooked, but other types may involve the fish being “cooked” in the lemon juice. Other delicious coastal treats to try include “encocado”, which is again made with a variety of different types of fish or sea food. Encocado translated means coconut sauce. This meal will often be served with rice and patacones. Patacones are fried plantain slices.

It is worth noting that if you do not eat fish or seafood, at times on the coast, options may be severely limited, especially in the tiny fishing villages. However, in most places you should be able to find something you can consume. Don’t forget to tell us if you don’t eat fish or seafood so we can make sure we visit restaurants that suit all eating preferences. 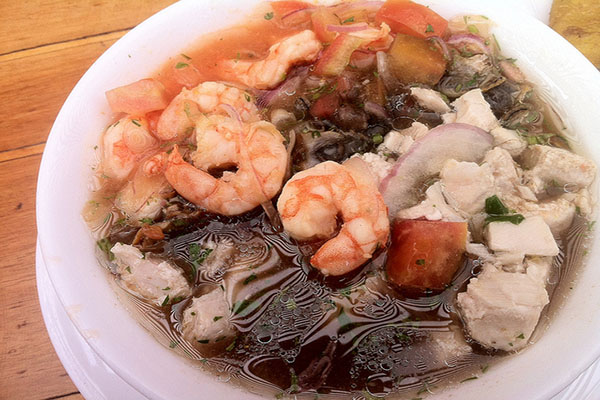 While people have different tastes, there are some special foods that we can recommend you try during your time in Ecuador. Don’t miss the Llapingachos – these are delicious fried potato patties that can be found all over the highlands of the country. Locro is another not-to-be-missed treat. This is a thick, wholesome and tasty potato soup that usually includes some avocado. We can also recommend that you visit and eat at a local market at some point on your trip, to get a genuine taste of how people eat in this country. Another option if you really want to eat local food in Ecuador like the residents you could have an “almuerzo”. This is a set lunch which usually includes a soup, a main course and a desert. You will find hundreds of places in Quito selling this, for a very cheap price, and most workers in Quito enjoy an almuerzo for their lunch on working days.

As country experts, Ecuador and Galapagos Insiders can help you enjoy the gastronomic delights that Ecuador has to offer. Whether it is high end restaurants or street markets food, we know the best and safest places to eat, and we can plan your trip accordingly. We can also plan your trip to include western restaurants and food if you prefer. Contact us to book your gastronomic tour of Ecuador.