Top seven street and food markets to taste in Quito

When you think of travelling through Ecuador, train travel is not necessarily what first springs to mind. However, there are a number of fascinating train tours in Ecuador. A number of lines were built during the nineteenth century to link Quito through to the coast, for commercial reasons. Building these tracks was a real challenge, both due to the difficult terrain and problems related to the local environment, such as malaria and other illnesses, as well as snakebites. Most routes were somewhat in disarray until recent years, blighted by landslides during the 1990s. However, Ecuador has worked on restoring its grand train lines, with a number of exciting options to choose from. Here we will explain which are the best Ecuador train tours and what you can expect from each of these wonderful journeys.

The most thrilling of all train tours in Ecuador must be the well-known and much loved Devil’s Nose train ride. This 12-kilometer train trip is found in the central Andean region of Ecuador, and travels between Alausi and Simbambe. The train traverses down through steep slopes, through the use of switchbacks. The tremendous engineering imagination that went into this is remarkable, given that it was built more than a century ago. The route does have a rather sad history, as many workers involved in building it died during the process – in fact it is estimated that 2,000 people died in total. To see the wonder of this amazing train ride for yourself you’ll need to be on the train before 8.30am any day apart from a Monday. The ride is somewhat exhilarating, and perhaps not for the faint hearted! 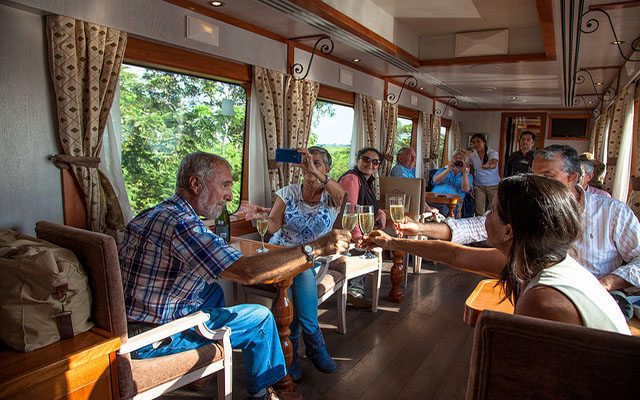 Quito to Machachi or El Boliche

One of the most convenient train tours in Ecuador, due to its proximity to Quito is the Quito to Machachi or El Boliche route. Trains depart from Quito’s Chimbacalle train station, headed first for Machachi and then onward to El Boliche, through part of the avenue of the volcanoes. Machachi is well known for its cowboys, so watch out for these as you pass through. The train then continues to El Boliche which is located just inside the Cotopaxi National Park. If you’re lucky you will get some good views of the giant Cotopaxi volcano on this tour, which must make it one of the best Ecuador train tours.

This train, in English known as the Liberty Train passes along a 30-kilometer route from the northern Ecuadorian city of Ibarra, over to the smaller town of Salinas and back again. The trip is very worthwhile due to the delightful scenery along the way. This is one of the best Ecuador train tours for its cultural and historical significance, however. Salinas is rather unusual in Ecuador as it has a sizeable population of Afro-Ecuadorians – and there are not too many communities like this in the country. While in Salinas you can visit a salt mine and watch traditional dancing, as well as have a wander through this town. In times past, the train route used to be used for transporting commercially important materials around, but today you can take a day trip, starting at 10.30 in the morning.

Tren Crucero – for those that really love special train journeys, Tren Crucero is not to be missed. The trip runs from Tuesday to Friday and travels through the Ecuadorian coast and Andean region between Guayaquil and Quito. The journey crosses a wide range of different terrains, passing by volcanoes, cloud forests and coastal landscapes before getting to sea level, and you’ll also get to enjoy the Devil’s Nose train trip (mentioned above) along the way). A beautiful, old fashioned train with a sense of elegance and class that disappeared somewhere along the way on other trains during the 20th century, this train has retained that luxury feel of traveling by train in the past. 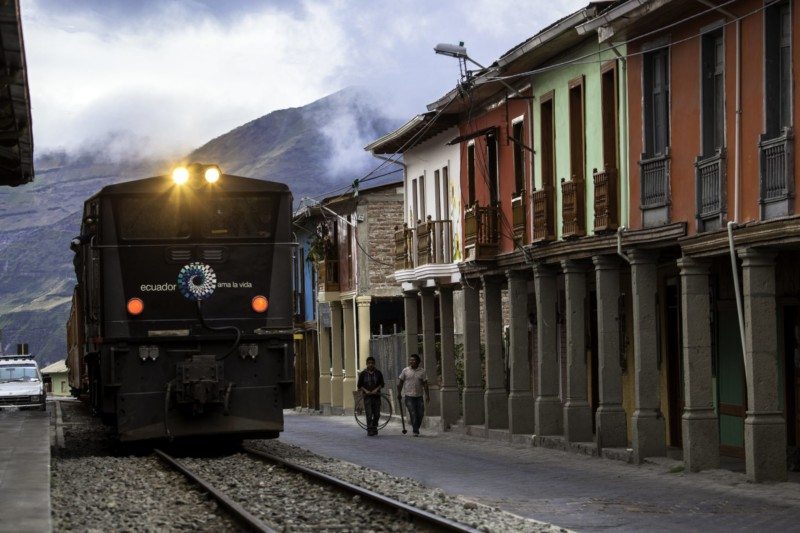 Tren Crucero has four different carriages, each with a different look and feel about them. The first coach is designed in a Baroque style, and it a lovely place to enjoy something light, while the second carriage is furnished in the neoclassical style, and is great for socializing with other passengers. The third coach is designed in a Hispanic style and offers snacks and drinks, including delicious coffee. There is also a handicrafts shop in this carriage.

Finally, the fourth carriage is built in the classical style from the coastal area of Ecuador. In this carriage there is an outdoor terrace where you can enjoy the stunning scenery with a bit of fresh air. The other section is a lounge for socializing. The train journey stops at different locations for overnights on the way, allowing guests to enjoy even more of what Ecuador has to offer. As train tours go in Ecuador, this is perhaps the best.