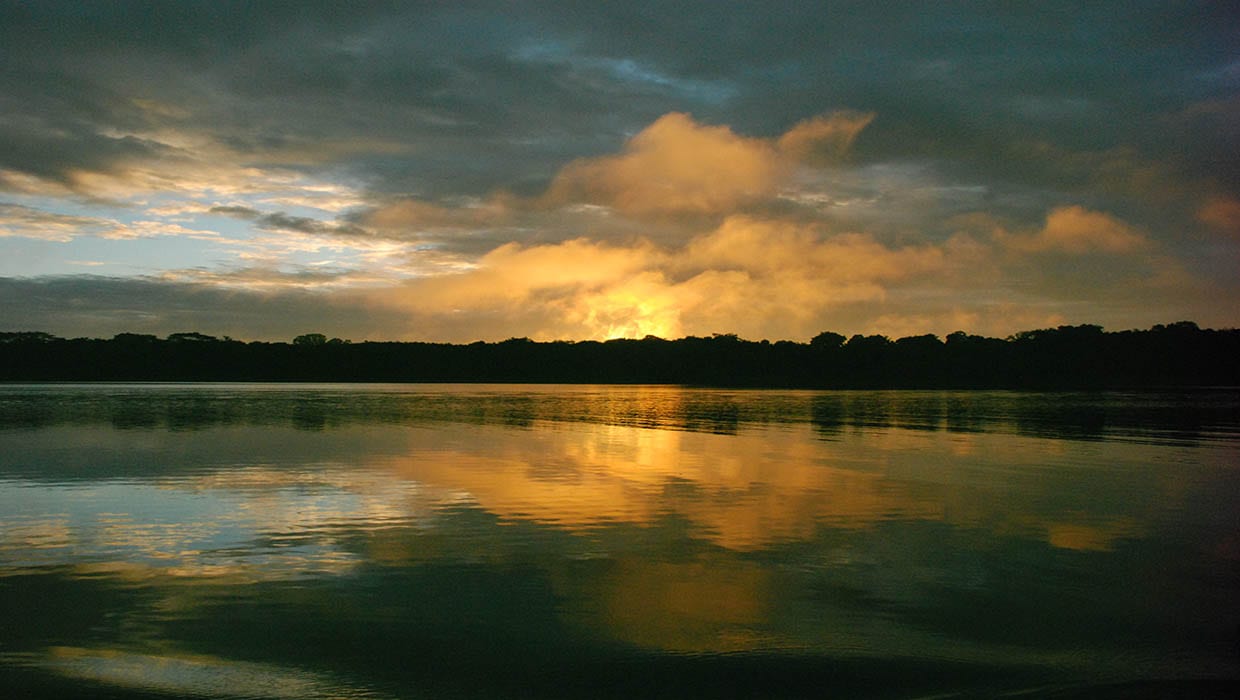 Indigenous Communities of the Amazon Rainforest

Ecuador Amazon tribes are very interesting for many visitors to this country. There are several indigenous communities in the Amazon rainforest. It is possible to visit some of these and have an experience which involves seeing how these people live now. It may also be possible to learn about ancient traditions and ways of life which may or may not still be in practice today. Some of the groups in the indigenous Amazon include the Huaorani people, the Kichwas, the Shuar, the Achuar and the Taromenane. Each group has had a different level of exposure to modern life, and some have not experienced it at all. Some groups cannot be visited and are uncontacted, while others welcome tourists and enjoy showing them their ways. Here we will explain some of the groups you might hear about or come across on a trip to the Ecuadorian Amazon.

The Huaorani (sometimes spelled Waorani) people are one of the most fascinating indigenous communities of the Amazon rainforest in Ecuador, as they still largely live as they have for centuries. This is despite exposure to the outside world for more than six decades. The people catch food in the traditional way, using blowpipes and spears to ensure they capture their prey. They live in a region not far from the Rio Napo, which is one of the Amazon tributaries. It is believed that there are approximately 3,000 individuals left in the Ecuadorian Amazon region. The Huaorani people are under threat due to the existence of oil in their territory.

A visit to a Huaorani tribe offers a genuine insight into how a unique indigenous group in the Ecuadorian Amazon still survives traditionally today, and is highly recommended. It is possible to enjoy a Huaorani Expedition which offers an authentic experience visiting this indigenous community in a hands-on way. 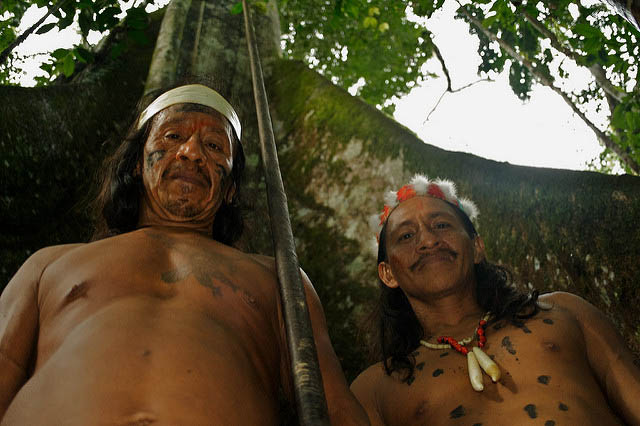 One of the Ecuadorian Amazon tribes that has the largest population is the Kichwa people. If you visit a local family or village in the Amazon of Ecuador there is a good chance it will be a Kichwa settlement. Traditionally, Kichwas were farmers who also hunted for additional food sources. They use local plants for medicinal purposes. In Kichwa communities there are shamans who are elders that also heal people through these traditional means, which includes spiritual forms of healing. A visit to a local Kichwa community might involve having a go with a blowgun or trying the local chicha drink. Chicha is an alcoholic drink made from chewed yucca.

Many Kichwas have been exposed to regular Ecuadorian culture in recent years, and this has led to some changes in lifestyle for individuals among this group. One of the reasons for this exposure has been the oil industry expanding into the Ecuadorian Amazon. One major change is that many men and young people speak Spanish. However, older people and women often mostly still speak the Kichwa language and only have rudimentary Spanish skills. In many cases, Kichwa people now wear modern clothing too. One of the premium Amazon Rainforest Lodges offering visits to local Kichwa Communities as part of their itineraries is the Napo Wildlife Center, which offers the chance to share and learn with these communities while taking part in other activities such as wildlife exploration, birding and more.

Indigenous communities in the Amazon rainforest include the Shuar people who are found in both Ecuador and Peru. The Shuar people speak the Shuar language and they do not just live in the Amazon. It is estimated that there are 40,000 Shuar people in total. Some groups are also found close to the Andes too. The Shuar people have a reputation for being fierce warriors. One activity the Shuar people are particularly famous for is their process of head shrinking. This was done to slain rivals from the Achuar tribe. The process was not carried out to create trophies, but rather to capture the soul of the person within the shrunken head. It was believed that this could lead to the ability to control the wives and daughters’ labor. Other Shuar traditions include that of boys becoming warriors. This involved taking boys on a multi-day journey during which they would drink just tobacco water and have visions.

The indigenous Amazon region includes the Achuar tribe who reside in both Ecuador and Peru. While estimates are approximations only, it is believed that there are around 15,000 Achuar people in Ecuador. Achuar groups are generally made up of less than 15 households, which may not necessarily be located all together, but they will be in relatively close proximity. Traditionally, Achuar people were polygynous, and partners may be related. Achuar women manage gardens and also gather and carry game as well as preparing meals. Men of the Achuar tribe are responsible for hunting and undertaking work in the forest, as well as making tools. If you are interested in learning more about this community as well as in spending time with them and sharing their daily activities, then a visit to Kapawi Lodge makes it possible while offering other activities such as jungle exploration, fishing, kayaking, birding and more. 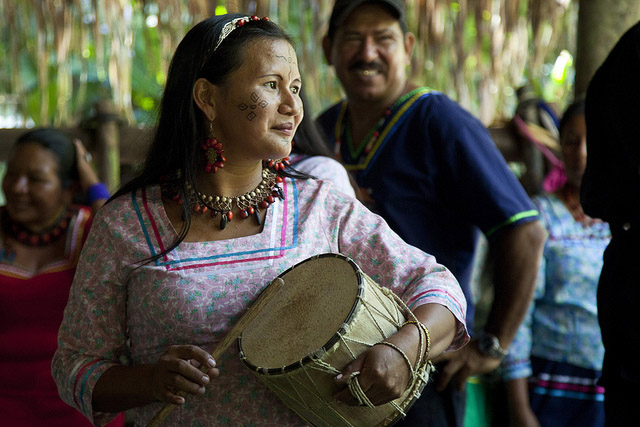 The Taromenane people are very remote members of the indigenous Amazon region. They are uncontacted and they live in the Yasuni National Park. There are thought to be between 150-300 of these people surviving in the Ecuadorian Amazon Basin. Unfortunately their lifestyle is under threat from both the oil industry and illegal logging. If you would like to know more about the Indigenous communities of the Amazon Rainforest of Ecuador, don't hesitate to get in touch with us, our local insiders will be happy to share more information and ways to visit our amazing Amazon Jungle. 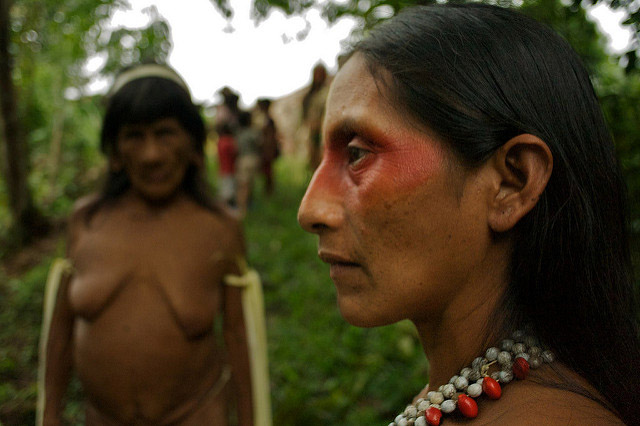